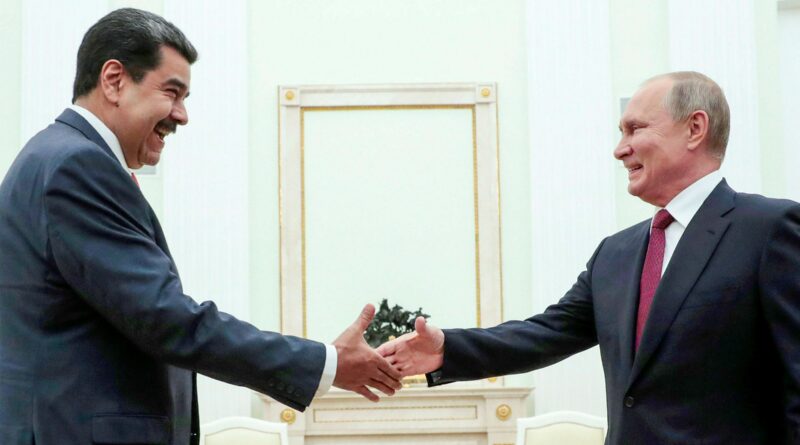 The presidents of Venezuela and Russia, Nicolás Maduro and Vladimir Putin, held a phone conversation this Friday, February 19, in which they agreed to strengthen bilateral relations and increase solidarity and mutual support to face the effects of the COVID-19 pandemic.

In the conversation, President Maduro thanked Putin for the initial shipment to Venezuela of the first batch of Sputnik V vaccines, which have allowed the launching of Venezuela’s mass immunization campaign against the disease caused by the SARS-CoV-2 coronavirus.

Also noteworthy within the communiqué issued by the Venezuelan Foreign Affairs Ministry on the conversation between the two leaders were President Maduro’s comments to the Russian president about national efforts to consolidate the peace of the Republic, while President Putin reiterated his government’s support of his government defending the peace and sovereignty of the Caribbean nation.

RELATED CONTENT: Venezuela to Produce Insulin in Alliance with Russia

Below is the full unofficial translation of the communiqué:

On February 19, 2021, President Nicolás Maduro held a telephone conversation with the President of Russia, Vladimir Putin, during which they reaffirmed the commitment of both governments in the fight against the COVID-19 pandemic, through solidarity and mutual support.

President Maduro expressed the appreciation of the Venezuelan people for the arrival of the first batch of the Sputnik V vaccine, of the 10 million purchased by our country, and informed President Putin of the start of the vaccination process in Venezuela.

President Maduro communicated to the Russian president the national efforts to consolidate the peace of the Republic and President Putin reiterated the support of his government in defense of peace and sovereignty, in harmony with international law.

Both leaders welcomed the four percent increase in bilateral trade, which will continue to grow with the activation of the Caracas-Moscow air route.

Finally, they expressed their interest in continuing to develop new investment projects in different sectors, framed in binational cooperation.