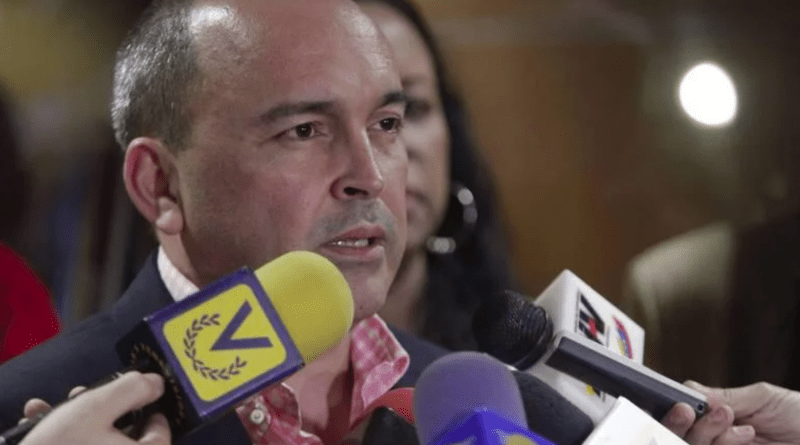 The constituent Francisco Torrealba, head of the parliamentary fraction of the PSUV in the National Assembly (AN), announced that after meetings with the opposition they will be incorporated into the work commission to designate the Electoral Authority.

“The deputies of the Homeland block have decided to actively join the work commission that is constituted for the renewal of the Electoral Authority and the establishment of broad electoral guarantees,” he said Tuesday, November 5.

From the gardens of the Federal Legislative Palace, Torrealba revealed that the Psuvista fraction has held meetings with the parties of the National Assembly directorate to agree on a road map.

“With that sector we have agreed in private meetings on the roadmap that begins today (November 5) with the confirmation of the preliminary commission, in charge of appointing the electoral nominations committee,” he said.

In the ordinary session on Tuesday, it is expected that Parliament will present the 11 deputies that will make up the preliminary commission that designates the Committee for electoral nominations.

Torrealba, who is not recognized by the National Assembly -in contempt- as a deputy, for having held the public position of Minister of Social Work in 2017, said they asked the National Constituent Assembly to “activate the mechanisms for the renewal of the Electoral Authority and create a link with the Legislative Authority”, on pointing out that Parliament continues in “contempt.”

RELATED CONTENT: Government and Opposition Set up Three Complementary Tables Within the Framework of the National Dialogue

“The initiative might be a sign of political factors taking seriously the political and economical crisis we Venezuelans are facing and the need to find solutions among Venezuelans to advance and take the country out of the situation,” a political expert said to OT.

“Sadly a few minutes later deputy Guaido started the traditional childish behavior of Venezuelan opposition, saying that the only one capable of designating the CNE board is the National assembly but everyone knows in Venezuela that is not true and the Supreme Court has been taking that sort of decision while the National Assembly remains in contempt,” he added.

“The truth is that PSUV and anti-Chavismo need to find ways to get the National Assembly out of contempt, find legal ways to reincorporate those deputies that held public post after the Supreme Court declared the national assembly in contempt and, finally, choose a mutually agreed CNE Board that might take Venezuelans out of the dark hole we are living in”, he concluded.