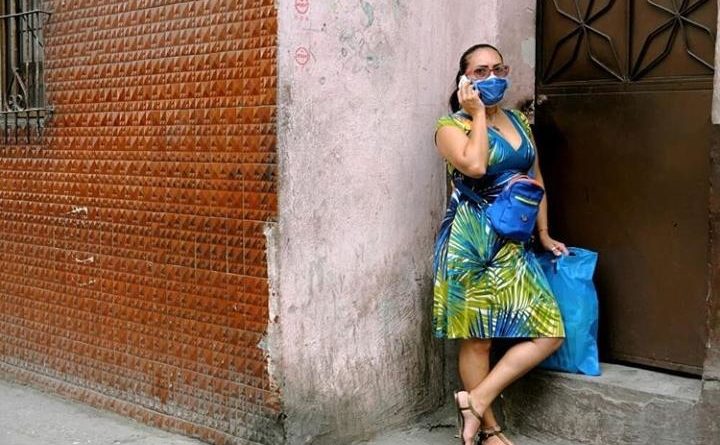 By Reinaldo Iturriza – April 11, 2020
Why has the vast majority of Venezuelan society responded by abiding by a voluntary quarantine, a circumstance that has been decisive in controlling the spread of the coronavirus? What does this tell us about what we have been and can be as a society? Doesn’t our collective response speak very eloquently about who we really are?

RELATED CONTENT: This is How Commune Venezuelans Fight Covid-19 in January 23 Parish
In stark contrast, the second “considers people in much more constructive terms: constructive in the sense that we do not distort information, but create meaning and understanding with the tools available to us, and also constructive in the sense that we are able to face our world, even in crisis. Also, both ways, we are more constructive when we meet in groups. We are better able to make sense of our world and to face the challenges we face in the world when we act among ourselves as members of a common group than when we act against each other as separate individuals. The way in which the community builds resilience is particularly clear in crises.
Of course, this approach is completely opposite to “contemporary psychological common sense, which insists that behavior is governed by individual self-interest. It also disagrees with social changes that relentlessly undermine communities and collectivities, seek to transform social groups into individual consumers, and view each relationship as a market-based interpersonal exchange. In this sense, perhaps the coronavirus is a powerful wake-up call” (14).

Confidence regained
After thinking about it a lot (and to thinking about this I have dedicated an important part of my time in quarantine), my provisional conclusion is that the image that we have made of ourselves as a society during the most recent years, is far away not only from what we have been, but above all from what we really are.
Who can deny that, to the extent that the worst self-fulfilling prophecies have been the order of the day, our tendency to act in a voracious, violent and hysterical manner, to use the same terms of the social psychologist Alfredo Rodríguez, has been manifest? But just at this point it is necessary to return to the initial question: why has the vast majority of Venezuelan society responded by abiding by voluntary quarantine, a circumstance that has been decisive in controlling the spread of the coronavirus?

RELATED CONTENT: How Does Venezuela Manage to Keep the Coronavirus Contagion Curve Flat?
What has changed? What has made the difference? Or is it that the same politicians, media and opinion makers, in a sudden outburst of good sense, have stopped making the most catastrophic forecasts? Quite the contrary: for example, several weeks before the first confirmed case of coronavirus, they declared the imminence of a “health holocaust” and predicted “a true epidemiological massacre that could lead to extermination” (20).
What has made the difference, in the first place, has been the government’s response: complying in a timely manner with the recommendations of the World Health Organization (WHO), informing the population on a regular and detailed basis, guiding in a clear and precise way on the necessary prevention regulations, calling for national unity, without distinction of political bias; underlining the importance of appealing to the common good, to solidarity; strengthening the public health system; using the means at their disposal, such as the Patria System, to effectively serve the population; strengthening collaboration with institutions, such as the WHO and the Pan American Health Organization, and with countries such as Cuba, China and Russia, to access expert information, resources or inputs of extraordinary value.
This recovered confidence, which is confidence in the government authorities, but above all confidence in ourselves, is undoubtedly one of the most significant events that has taken place in Venezuela in a long time.
It is trust, and not panic, that is the value we place on the common good, and not selfishness, that has ultimately persuaded us about the advisability of respecting quarantine.
Does this circumstance deny the existence of a de facto neoliberalization process of Venezuelan society? Certainly not. But it allows us to identify its limits, to convince ourselves that such a phenomenon is far from being a fatality.
Have we, as a society, assimilated the profound implications of this event? It is urgent to do so, and this is the great test that lies ahead: once recovered, to relearn trust, which is the way not to lose it again. Because in the same way that we learn despair, we learn mistrust in ourselves, in our strength, in the ideas, values and feelings that make us more supportive human beings, capable of putting the common good before individual interest.
Let’s not fool ourselves: regained trust can be an ephemeral, momentary social achievement. It may well happen that it fades before our eyes without us even being able to notice it. That is why, I insist, it is so important to assimilate the fact as soon as possible: we have been able, as a society, beyond our political positions, to regain confidence.