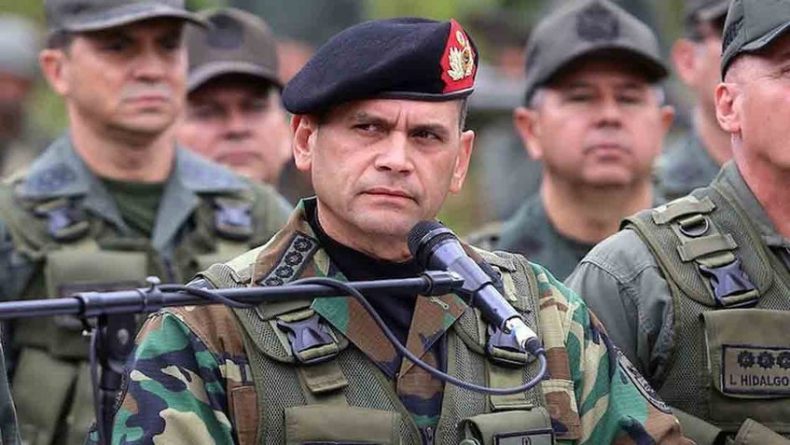 The FANB forces are working to guarantee Venezuela’s sovereignty with full support for Maduro in the midst of the coup, says a high commander.

The operational strategic commander of the Bolivarian National Armed Forces (FANB), Remigio Ceballos, among the three most powerful military cadres in Venezuela, specified on Friday that the members of the military are united with the “Poder Popular” (communes, communal councils and organized people) in total and unrestricted support of the president of Venezuela, Nicolás Maduro.

Interviewed in the program ‘Al Aire’, of Venezolana de Televisión (VTV), Ceballos remarked that before “all the aggression that Venezuela may receive in the international political arena, we have constitutional tasks to fulfill and we are in charge of those tasks to guarantee the sovereignty and independence of the nation. ”

In his view, the sovereignty of Venezuela is exercised through the Constitution, which provides for popular vote, something, he added, that the Venezuelan people put in evidence with their vote for the Chavista leader in the last presidential elections in May. At another moment in the interview, the commander emphasized that the objective of the imperialist attacks against Venezuela is not only to seize the natural resources, but also the industrial and commercial capacity of the nation.

Venezuela is going through a political crisis after the January 23 Juan Guaidó, president of the National Assembly (AN) -found in contempt in 2016 and controlled by the opposition- unconstitutionally proclaimed himself “interim president” of the Bolivarian country, with the support of the United States.

Since then, the White House has been encouraging the Venezuelan military commanders to stop supporting Maduro and put themselves at the service of the Guaidó coup. However, the units of the FANB have repeatedly shown their unity and loyalty to the Venezuelan Magna Carta and, therefore, to its constitutional and legitimate president Nicolás Maduro, assuring that they will defend national sovereignty in the face of imperialist attacks.