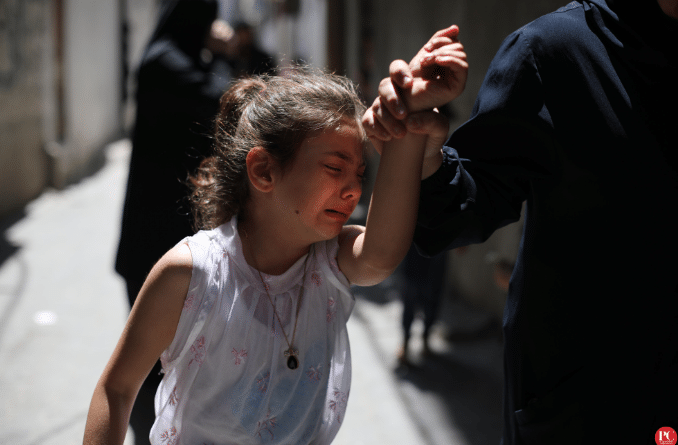 Nine out of ten children in the Gaza Strip currently suffer some form of conflict-related trauma after the Israeli military attack ended over a month ago, according to the Euro-Mediterranean Human Rights Monitor (Euro-Med Monitor).

A human rights report published on Friday revealed that 91% of children in the Gaza Strip had suffered psychological trauma following the latest Israeli aggression last May.

In addition to more than 260 martyrs claimed by the aggression, including entire families, hundreds were injured, thousands of homes were completely and partially destroyed, and drastic damage to the economy and infrastructure was done during the 11-day aggression.

The Euro-Mediterranean Human Rights Monitor released a report entitled “One War Older” on Saturday that highlighted the level of trauma amongst women and children in Gaza after the attack.

Around 50% of the population of the Gaza Strip—more than two million people—are children under the age of 15, and 49% are women.

The report pointed out that during the recent war against Gaza between May 10-21, the Israeli forces carried out disproportionate attacks against densely-populated residential neighborhoods with a majority population of children and women (75%).

In addition to the large numbers of fatalities and injuries among children and women, the Euro-Med Monitor disclosed that 241 children lost one or both parents as a result of the bombing, around 5,400 children lost their homes, and 42,000 children had their homes partially damaged.

RELATED CONTENT: Egypt to Rebuild Gaza is the Headline but Who will Really Benefit?

Sixty-six children were killed in the Israeli bombing of Gaza across 11 days, while 470 children and 310 women were injured.

The report comes after more than five weeks of field research conducted by Euro-Med Monitor’s team, which documented hundreds of cases of direct targeting against civilian homes housing large numbers of women and children.

Around 72,000 children were displaced to UNRWA schools or relatives’ homes during the Israeli attack, while more than 4,000 children currently remain displaced, according to the Euro-Med Monitor.