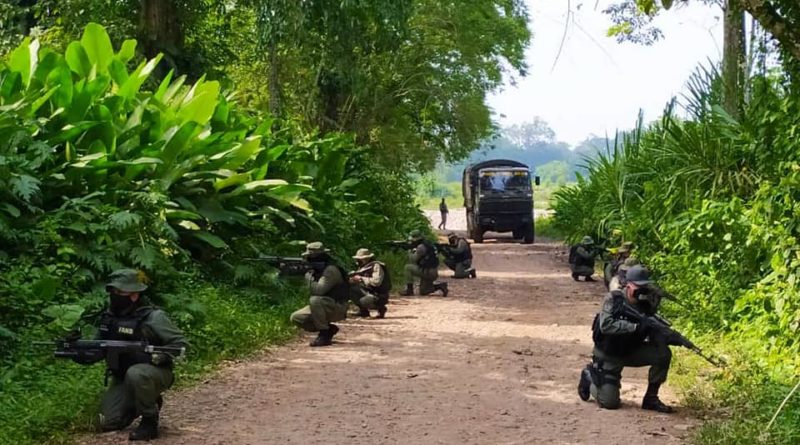 Moscow “took with alarm” the information about the attempt by mercenaries to enter Venezuelan territory, they said from the Russian Foreign Ministry.

The Russian Ministry of Foreign Affairs has declared this Wednesday that the actions of mercenaries who on May 3 attempted to enter Venezuela to carry out “terrorist acts” deserve “unconditional and decisive condemnation.”

“We see with alarm the information about the attempt by a group of mercenaries to enter the territory of Venezuela to carry out terrorist acts against representatives of the legal authorities of this country and its leadership, ” said the ministry according to TASS.

“The actions of the mercenaries deserve unconditional and decisive condemnation. Especially now, when all countries, including Venezuela, face the implacable global threat of the coronavirus pandemic, whose fight requires the unification of everyone’s efforts,” they said from the ministry.

The Foreign Ministry also drew attention to the fact that, according to data from the authorities of the Bolivarian Republic, among the mercenaries were people associated with US intelligence services.

In the early hours of May 3, a subversive group attempted to enter Venezuela through the north-central coast of the country aboard speedboats, which were intercepted and repelled by the security forces. The Venezuelan authorities denounced the mercenaries for intending to assassinate President Nicolás Maduro, and the top leaders of the government.

Several participants in the failed raid attempt were captured. Meanwhile, on Wednesday, Maduro showed a video in which the [former] US military involved in the raid, Luke Denman, declares that the objective was to kidnap Maduro to take him to the United States.

Earlier, the US Secretary of State, Mike Pompeo, denied that his country was involved “directly” in the attempted maritime incursion. “If we had been involved, it would have been different,” he said in the traditional gringo arrogant and supremacist fashion.

Featured image: Venezuelan Army on a massive operation scanning the coastal area where the mercenaries landed looking for possible mercenaries in the run.