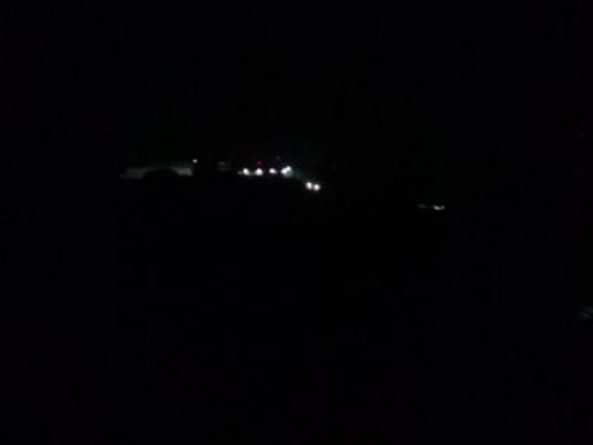 25/Mar/2019.- Today at 1:29pm an electric blackout affected several parts of Venezuela but was fixed in most of the country less than 2 hour later and gradually in the remaining areas.

RELATED CONTENT: Guaido: Very Soon There Will be a Change of Government in Venezuela (his or Maduros?)

At 9:50 pm a second blackout has hit again most of Caracas and several regions in Venezuela and at the moment this note is being writeng the electricity is still absent (12:08 am).

Around 11:10pm the Minister of Comunication informed during a brief radio adress that the event was cause by an incident in the main transformers yard in the Guri Dam while the system was almost stabilized after the first incident of the day.

Minister Rodriguez also informed about the implementation of security contingency plans with all law enforcement agencies nationwide and requested patient assuring that all relevant agencies are working diligently to counter the efects of this contingency and warranty the security of all Venezuelans. He informed that Maduro’s goverment will keep reporting to the Venezuelan people on the status of the incident using all communication channels avaliable.

In parallel the President of the National Constituent Asamblea, Diosdado Cabello started today a new radio program in Radio Nacional de Venezuela (@RNVinformativa) and is at this moment interacting with listeners from all over Venezuela reporting the situation in their own barrios.