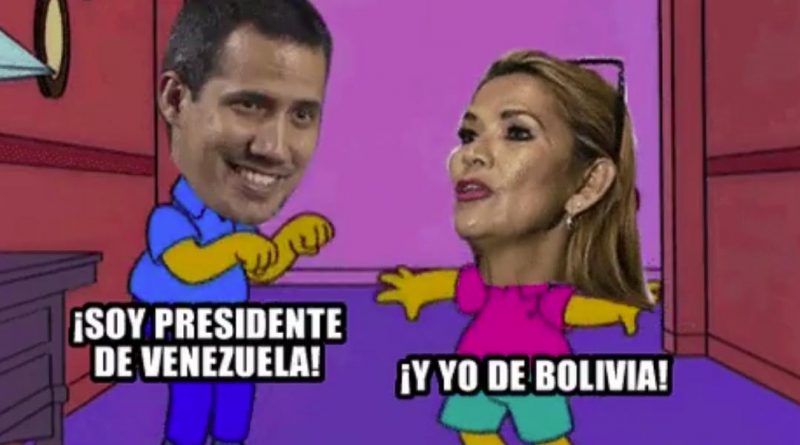 Today Wednesday, the deputy president of the National Assembly in contempt and “self-proclaimed” Juan Guaidó congratulated the president in charge – and also “ self-proclaimed ” – of Bolivia, Jeanine Áñez, after the coup d’etat was consummated in that country and Evo Morales was forced to resign from the presidency.

The message was published in his official twitter account where he added “From the legitimate government of Venezuela we recognize @ JeanineAnez as the interim president of Bolivia, her mission is to guide a constitutional transition towards a presidential election. They are an inspiration to our country, we have the conviction that we will achieve freedom”.

RELATED CONTENT: The Complex Journey of Evo Morales From Bolivia to Mexico

However, for Venezuelan President Nicolás Maduro, ” Evo Morales is still president of Bolivia because the resignation letter has not been formally received by the Senate and as they have not officially received it and approved it,” said the head of state yesterday regarding the suspension of the Parliament meeting due to lack of quorum.