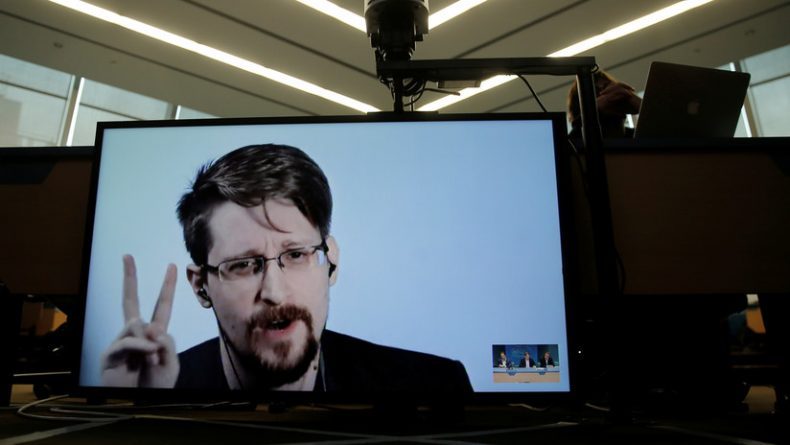 The former CIA and NSA employee denounces the US Government exploitation of the natural need of human beings to belong to groups and thus it obtains confidential data.

The United States Government tends to hijack and militarize innovations in the field of telecommunications, taking advantage of the natural human desire to communicate and exploits it to achieve unlimited power, the former CIA employee, Edward Snowden, accused via videoconference from Moscow before an audience at Dalhousie University (Halifax, Canada). The video of his full speech was posted on the school’s YouTube account on May 31st.

“They took our nuclear capability and transformed it into the most horrible weapon the world had ever witnessed,” Snowden said, arguing that the same trend is being observed in the 21st century, but with computer science. “Its scope is unlimited … but the measures to safeguard it do not!” he warned.

“The most effective means of social control”
Snowden, who in 2013 leaked highly confidential information about the global surveillance programs of the US intelligence services – which earned him the accusation of being a traitor – argues that modern militarized technologies, with the help of social media and technological giants, allow governments to become “all-powerful” in their ability to monitor, analyze and influence people’s behavior.

“It’s through the use of new platforms and algorithms […] that can change our behavior – in some cases, they are able to predict our decisions, and they can also push them towards different outcomes,” Snowden said.

According to him, the need of human beings to belong to social groups is being exploited, since the users of the networks voluntarily agree to provide their private data by signing carefully written agreements that almost nobody reads.

“They have hundreds and hundreds of pages of legal jargon that we are not qualified to read and evaluate, and yet they are considered binding for us, and now these institutions, which are both commercial and governmental, […] have structured and strengthened them to become the most effective means of social control in the history of our species,” he concluded.