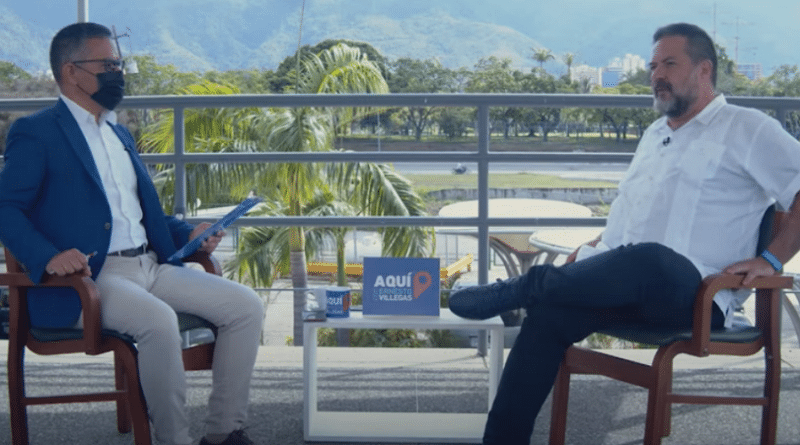 “There is a global movement that is committed to a multilateral world, that is why the empire targets China or Russia, because they can lead a process against the hegemony of the empire,” said the European Parliament deputy and head of International Relations for the Communist Party of Spain, José Manuel “Manu” Pineda, during an interview this Sunday, June 27, on the television program Aquí con Ernesto Villegas [here with Ernesto Villegas], hosted by the journalist and Minister for Culture of Venezuela, Ernesto Villegas.

Pineda said that this movement “does not accept that there is a global policeman who tells us what is good and what is bad. Despite the empire’s belief that history is decided by it and that history will go wherever it says, in the end the people will say Patria [homeland].”

Faced with the constant aggression of the great powers against sovereign peoples, the imperialist structure has encountered the will of those who say “enough,” added Pineda.

He also questioned the fact that in Europe the media “are called independent, but they are not independent at all, but rather have owners with interests. The media has had the ability to establish itself as the thinker, which has caused a segment of the population to renounce making their own decisions. This exerts a lot of influence” on government policy.

The member of the European Parliament (MEP) lamented that in some European countries the disadvantaged classes are getting poorer and the capitalists are enriching themselves: “There is more and more social difference between rich and poor in Spain.”

He stressed the need to achieve a situation “in which it is accepted as normal that the representatives of the people are from the people, and not from the elite.”

Manu Pineda, born on September 2, 1965 in Malaga, Spain, is an MEP for the Unidas Podemos alliance in the European Parliament. He came to Venezuela to participate in the Bolivarian Congress of the Peoples of the World.

In another segment of the interview, he described how sectors of Spain’s government are working to respect the sovereignty of Venezuela: “We continue to appeal to the Spanish Foreign Minister; the President of Spain, Pedro Sánchez; and the High Representative of the European Union (EU), Josep Borrell, to respect the sovereignty of the people, to recognize that Nicolás Maduro is the President elected by the Venezuelan people, and not the puppet Guaidó.”

The deputy to the European Parliament asserted that the Venezuelan head of state, Nicolás Maduro, has inherited the symbolic sword of Bolívar.

He also warned that Venezuela is being used as “a kind of cruelty-testing laboratory for all forms of dirty warfare. A form of medieval siege is being attempted, which does not allow ships or airplanes to land with the necessities for survival” for the population of Venezuelan.

“Although the empire continues attacking, and continues trying to twist the will of the Venezuelan people, they are aware that this battle is lost,” said Pineda. “A period is opening where they will have to accept reality.”

Venezuela is a national political issue in Spain. “In the past two decades, in three plenary sessions of the European Parliament, there is always a motion about Venezuela,” recalled the MEP.