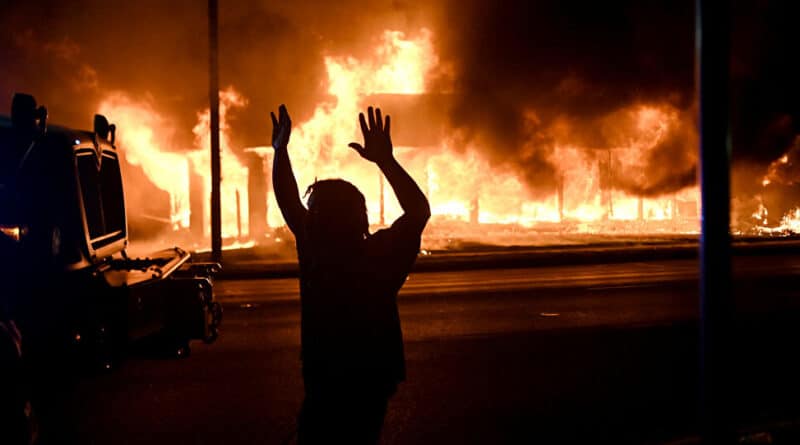 Wisconsin Governor Tony Evers has declared a state of emergency after two nights of violent protests. Previously, it was announced that the state will increase the presence of the National Guard for the protection of buildings during the demonstrations.

In the executive order, Tony Evers called for “additional elements of the Wisconsin National Guard” to support local law enforcement, “protect critical infrastructure and cultural institutions, and provide support to first responders.” In addition, he noted that the security forces “cannot be used to impede the ability of people to protest peacefully or impede the ability of the media to report on demonstrations.”

Taking a walk around Kenosha right now to survey the damage from last night.

There’s a pressure washer out at the courthouse, where multiple charred garbage trucks sit. pic.twitter.com/LctQ7Gtsvi

The day before, the National Guard was summoned by Evers to “ensure that the people of Wisconsin can assemble safely.” Kenosha city authorities decreed a curfew from 8:00 p.m. to 7:00 a.m.

The latest wave of protests against racism and police violence swept through the small US city of Kenosha (almost a Chicago suburb) after a video appeared on social media showing police officers shooting Jacob Black, an African American man, at point-blank range. The man survived, although he remains paralyzed from the waist down after being shot in the back seven times.

Another street in Kenosha was really hard hit by looting and fires. There’s a ton of people out helping to clean up pic.twitter.com/hlepM481Oj

Angry protesters marched through the streets of Kenosha, setting cars and buildings ablaze, smashing windows and clashing with police officers. This is just the last incident of systemic racism by the US police and the perpetrating officer, instead of being fired or arrested, was put on paid leave.

More destruction and more people coming out to help: pic.twitter.com/DOZhE42vGL

Videos shared on social media showed the aftermath of the looting and arson in the city.