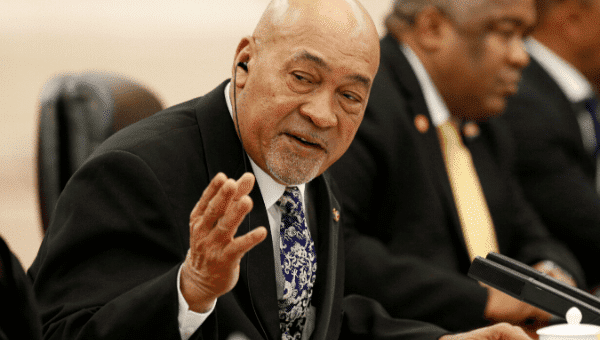 After hearing the news, the head of state asked the population for calm and assured that he will face the decision of the military tribunal.

Suriname’s opposition political parties have demanded President Desi Bouterse’s immediate resignation after a military tribunal sentenced the head of state for 20 years in prison due to killings during a military Junta in the 1980s.

According to the ruling, Bouterse is implicated in the murder of 15 political leaders opposed to the military junta that he established in 1982, after a coup d’etat.

The head of state who is in China and will later travel to Cuba to strengthen trade relations urged the population to remain calm and indicated that he has taken note of the court’s ruling.

“Important to find the truth. Survivors have an answer after 37 years. The trial must be respected,” the Netherlands Foreign Minister Stef Blok said.

For his part, the leader of the opposition Alternative Democratic Party 91 Angelic del Castillo said that the resignation of the president should be done “in the interest of the dignity of the office and of our nation.”

Bouterse led a military junta in Suriname in 1980 after the “Sergeants’ Coup,” which overthrew the government of Henck Arron. He became president of the country in 2010 and was re-elected five years later.

After the coup, the country experienced a resurgence in labor rights and authority of union leaders.