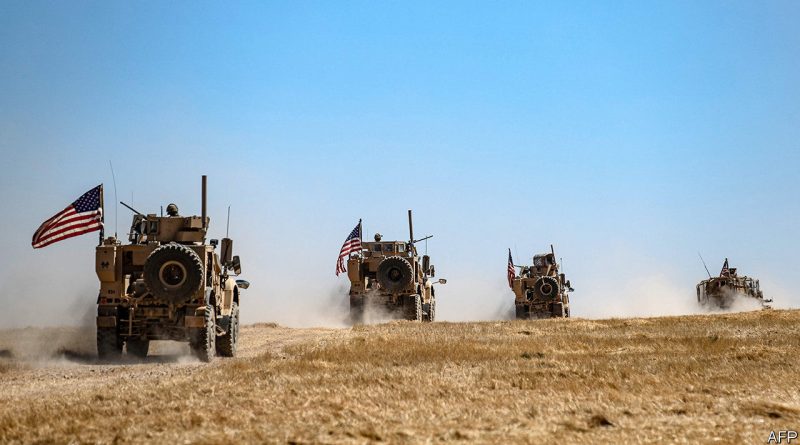 This morning U.S. President Donald Trump has a little surprise for the Kurds in Syria:

Today, President Donald J. Trump spoke with President Recep Tayyip Erdogan of Turkey by telephone. Turkey will soon be moving forward with its long-planned operation into Northern Syria. The United States Armed Forces will not support or be involved in the operation, and United States forces, having defeated the ISIS territorial “Caliphate,” will no longer be in the immediate area.
…
Turkey will now be responsible for all ISIS fighters in the area captured over the past two years in the wake of the defeat of the territorial “Caliphate” by the United States.

This actually is not a surprise. Trump had tried several times to remove the U.S. from Syria and was only held back by the borg. Last December then Secretary of Defense James Mattis resigned when Trump ordered the troops to leave Syria. I do not expect anything similar to happen now.

Turkey long wanted to move into the Syrian border area east of the Euphrates. It sees the YPG resistance group, with who the U.S. allied to go after ISIS, as a threat to its country. That view is justified. Erdogan wants to take a 30 kilometer deep strip including the M4 highway which runs west to east in that area.

But the border area Erdogan marked is quite populated with some 850,000 people living there. Most of them are Kurds. Turkey wants to replace those Kurds with the Syrian mob that it armed and supported against the Syrian government troops. These people and their families currently live in Turkey. To move them into north Syria would be one of the largest ethnic cleansing operation the world has seen in recent times.

A saying goes “The Kurds have no friends but the mountains.” But there are no mountains in Syria’s north east. While the YPG might want to fight off a Turkish invasion they have little chance to succeed. The land is flat and the YPG forces only have light arms.

There is only one solution for them. They will have to call up the Syrian government and ask it to come back into the north east. That would remove the Turkish concerns and would likely prevent further Turkish moves.

The second part of Trump’s statement, that Turkey will take responsible for imprisoned ISIS fighters and families, can not be taken serious. Those camps are far beyond the border zone Erdogan seeks. It was long predicted that the Kurds will become the biggest losers of the war on Syria. They already lost Afrin in the north west to a Turkish invasion. Will they again resist to submit to the central government and repeat that mistake? One would hope that they are smarter than that but I would not bet on it.