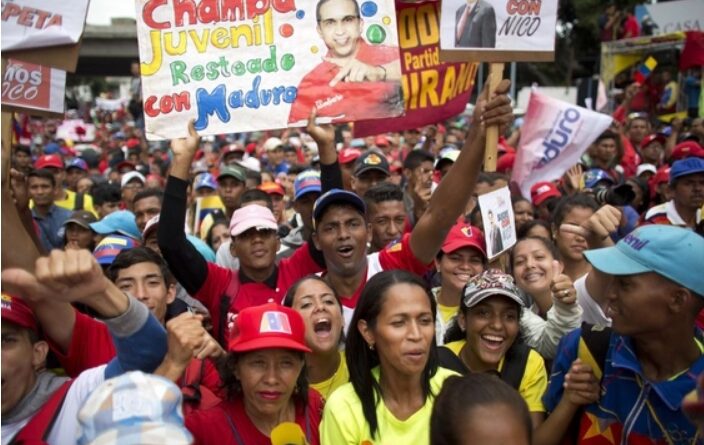 The United Nations Human Rights Council (UNHRC) issued a report on September 16 by the Independent Mission to Determine the Facts in Venezuela (Mission), which accuses Venezuela of extrajudicial executions, forced disappearances, arbitrary arrests, torture “and other cruel, inhuman or degrading treatment committed since 2014.” See this analysis for a detailed deconstruction of the Mission report.

The Mission, which published the critical report, was approved by the US and other states that are opposed to the democratically elected government in Venezuela of President Nicolás Maduro. This special Mission circumvents the UN Office of the High Commissioner for Human Rights, led by Michelle Bachelet, which has an office in Venezuela and is working with the Venezuelan government. In contrast, the Mission does not have a presence in Venezuela and based its investigation on interviews with people living abroad and mainly in opposition to the government.

The Mission’s report comes when Venezuela is planning parliamentary elections on December 6. The European Union (EU) had been invited to observe the elections by the Venezuelan government but has used the report to refuse the offer. Instead, the EU along with the US has called for a boycott of the elections in direct interference with the internal affairs of a sovereign country. Likewise, Secretary General of the Washington-based Organization of American States (OAS), Luis Almagro, used the report as an excuse to deny the legitimacy of the elections.

All this is in concert with the US government’s long-term effort at regime change in Venezuela, which has set bounties on the heads of top elected Venezuelan officials while anointing the unelected Juan Guaidó as the puppet president of the country. US Secretary of Defense Pompeo recently toured Latin America to discuss military intervention in Venezuela by hostile countries. New US troops have been sent to Colombia on Venezuela’s western border. On the eastern border, the US is conducting joint military patrols with Guyana. Over-arching all this are punishing US and EU sanctions – unilateral coercive measures, illegal under US, OAS, and international law – causing great suffering to the Venezuelan people.

The Task Force on the Americas, a human rights group working in solidarity with the social justice movements in Latin America and the Caribbean since 1985, condemns the politically biased and motivated Mission report and calls for the end of all unilateral coercive measures by the US and its allies.