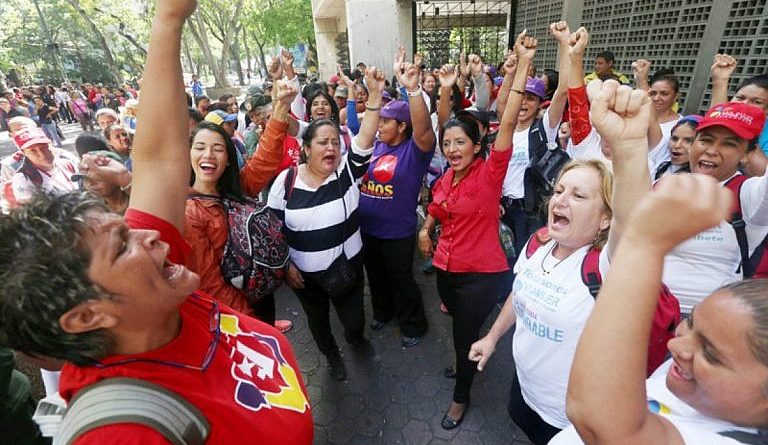 With almost 700 delegates from the five continents, from this 19th until September the 22nd, the First International Congress of Women for Peace and Solidarity among Peoples is held in Caracas, reported the second vice president of the National Constituent Assembly ( ANC), Gladys Requena.

The activity will be attended by 314 women from different countries of the world and 250 Venezuelan compatriots, and is part of the agreements reached during the Sao Paulo Forum held in the country last July, in which more than 120 social movements and political parties agreed to develop international events by areas, Requena said.

The constituent stressed that, during the conference, the installation of six working tables is planned in which topics such as the impact of neoliberal capitalism on women, and their struggle for a new model of coexistence will be discussed; decolonization as a process and the fight against patriarchy, capitalism and racism; peace, social justice and the preeminence of human rights; the interference of US imperialism against territories and peoples; unilateral coercive measures, financial economic blockade and military plans in our America, among other aspects of general interest.

“This Saturday we will make a joint declaration of solidarity with the Bolivarian Revolution, which rejects the criminal blockade that impacts the life of the Venezuelan people,” said Requena.

The congress will also take place in the external spaces of the Teresa Carreño Theater, where galleries with achievements of women in the revolution and Venezuelan heroines are exhibited until Saturday.