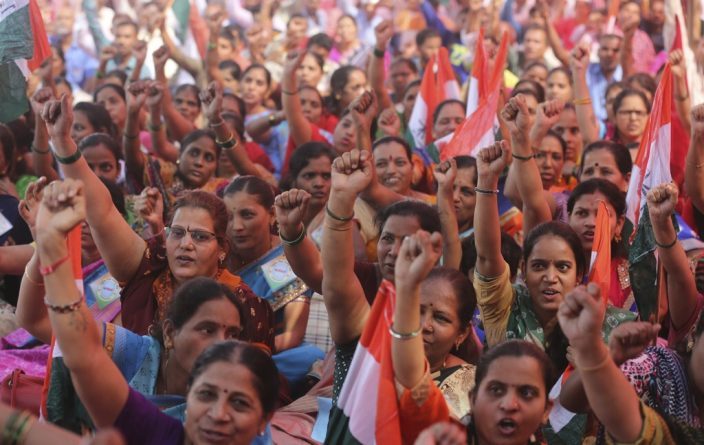 Workers from both the public and private sectors were joined by teachers and students from across the country, forming possibly largest strike in history. Below are a selection of AP photographs from today’s general strike. Bangalore: Another huge trade union demonstration. A large number of people carry the banner of the All India United Trade Union Centre (AIUTUC). Kolkata: The strikers are joined by Communist Party of India-Marxist (CPI-M) activists.