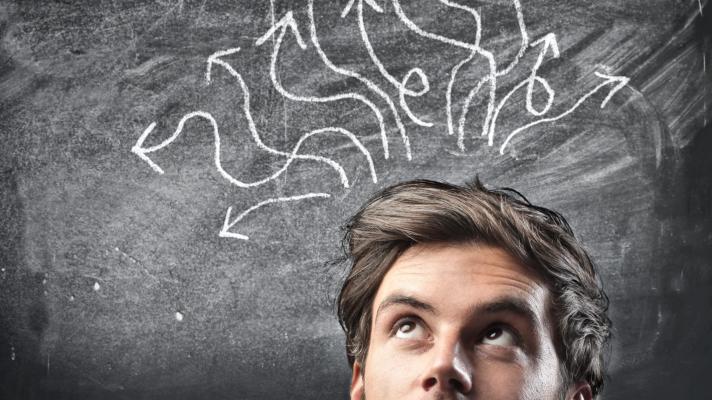 One way to brush off disappointments or defeats is to imagine alternate hypothetical situations—”if such and such had happened, so and so result would have followed.” It is a comfort zone which only relates to scenarios that did not happen, and never will, because of the simple fact that the time elapsed is unique—what happened, happened—and the present is the preface to the future.

In the field of politics and electoral matters, these musings usually pass for foolish because they imagine scenarios that are very far from reality, and only justify the regret of not having satisfied the expectations of one or another individual.

However, it is notorious that these type of expressions circulate a lot on social media networks, not only in the accounts of the opposition, but also among analysts who are supposed to hold a high level of understanding of the political situation in Venezuela—even for an anti-Chavistas like the US-based economist Francisco Rodríguez.

The assumptions of certain spokespeople of the opposition intelligentsia are directly refuted by reality. It is rational logic, that could only serve to send some kind of “message” or “lesson” to those anti-Chavista leaders who decided to participate in the 21N mega-elections separately, and not united.

In reality, for Francisco Rodríguez and for all those people who place their faith in a “mental omen” of this type, if there had been “unity” in the oppositions, would the result of the elections have been very different? Would “the opposition” (an entity that became more divided in recent years) really have won the vast majority of governorships, mayoralties, and counsellorships?

It seems that the estimate here goes beyond the same political logic. How could such a hypothetical scenario encourage leaders and parties of various resources, ideologies, interests, etc., of the opposition to “unite,” if in reality they are very far from even talking to each other? Is it lawful for the analysis to ignore the fact that the origin of the disagreements between the opposition is due to a long history of corruption, disloyalty, hidden agendas, and other internal histories between their different sectors and groupings?

Are the reasons why the so-called “substitute rebellion” took place last year in the previous administration of the National Assembly, due to the disasters spread by the “Guaidó project” within the the legislative institution and the internal anti-Chavista policy, treacherously forgotten?

These are questions that may not be answered by the said intellectuals. But the question goes further. Not even numerically would the united oppositions have obtained a resounding victory over Chavismo, if we add the votes in certain states in which the Great Patriotic Pole (GPP) was victorious. Let’s see some examples, with the data issued by the National Electoral Council (CNE), updated at press time.

In Caracas, the votes of all the opposition candidates (Ecarri, Guanipa, Rojas, Melo, Uzcátegui) totaled 246,073. The winning candidate, Carmen Meléndez, got 360,639. That is, there was a difference of 114,566 votes. Either “united” or not,  the opposition could not win in the capital.

Similarly, in Delta Amacuro state, Felipe Gómez (with 13,234) and Bernalda Suárez (with 4,906) did not reach Lizeta Hernández’s total with their votes as a whole, who obtained 35,746 under the PSUV/GPP banner.

These calculations, as simple as grabbing a calculator, only give consistency to this “argument”—that the hypothetical unity between the oppositions would give a resounding victory to anti-Chavismo—is part of the thick encyclopedia of magical thought of the Latin American right. As if history were a straight line, perfectly calculable and determined by the “ideas” of its intellectuals and wizards of the web universe.

In addition, this type of “thesis” tries to undermine the electoral campaign of Chavismo that brought good results to its political interests, as well as trying to make Chavismo invisible as a dynamic subject of Venezuelan politics, a fact proven during these two decades of Bolivarian government.

In conclusion, despite these cases of wishful thinking, the irrefutable truth is that the oppositions were not united in the elections of 21N, and that the outcome was not favorable for those who want to see the government of Nicolás Maduro fall, even slowly.