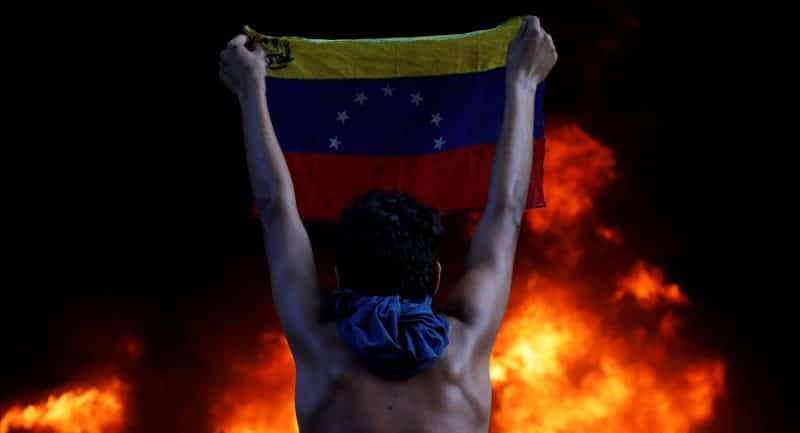 The cooperation of China and Russia with Venezuela to face unilateral US pretensions undermines the US hegemony and accelerates the transition towards a new geopolitical order. But geopolitical transitions are never resolved peacefully, warns Arantxa Tirado Sánchez, a political scientist consulted by Sputnik.

For some time, the US has been watching China’s expansion in Latin America and the Caribbean (LAC) with concern, a geographic area that the US considers its “natural area of ​​expansion”, in addition to its “strategic reserve”, in short, “its territory, “says the specialist in International Relations at the Autonomous University of Barcelona (UAB) and in Latin American Studies at the National Autonomous University of Mexico (UNAM).

“The Chinese competition involves questioning these American premises and contesting US hegemony there, something that has an impact on the geopolitical order, which is a challenge that the US can not allow either in economic terms or in political terms,” ​​he explains.

In the specific case of Venezuela, it is a presence that is fundamental for the Caribbean country.

Economically, according to the analyst, “Chinese investment in the mixed companies of the Orinoco Oil Belt guarantees economic diversification in the oil area, central to the Venezuelan economy, in a context of US blockade.”

In addition, through the Chinese-Venezuelan Joint Fund, created in 2008, “China has lent tens of thousands of dollars to Venezuela, giving it oxygen in the face of the financial and banking markets, which have worsened in recent months,” adds Arantxa Tirado.

In addition: The US will face a “tough nut to crack” in Latin America

“Politically, the alliance with China, like the alliance with Russia, involves the construction of a counter-hegemonic block of power that cooperates to face the United States’ unilateral pretensions, laying the foundations of a multilateral international system in the medium and long term. that undermines the US hegemony and accelerates the transition towards a new geopolitical order,”  he explains.

But in the short term, this alliance helps Venezuela to curb US threats of invasion because it places the conflict between the US and Venezuela in a broader geopolitical framework, affecting Chinese interests and presence in that country, says the interlocutor of the agency.

“A military invasion to seize Venezuelan strategic oil and minerals would affect not only PDVSA, but also the National Petroleum Corporation of China (CNPC),” he said.

According to the political scientist, if China takes an increasingly active stance in defense of Venezuela, as is happening beyond the vetoes of US proposals in the UN Security Council, “a global open conflict could be unleashed. It would add to the fledgling trade war between the US and China in world markets. ”

“The struggle for Venezuela can be the trigger that leads to a world war that will have a clear impact on the geopolitical and geo-economic reconfiguration of the international post-Cold War system,” warns Tirado Sánchez.

Meanwhile, China challenges US hegemony not only in Venezuela. There is a growing percentage of imports and exports of Chinese companies with the entire region of Latin America and the Caribbean, as well as an increase in Foreign Direct Investment (FDI).
“Chinese FDI in LAC is focused on approximately 90% of natural resources (oil, gas and mining), which speaks of key areas for the economic development of current fossil capitalism and the deployment of state-of-the-art technological industries that depend on strategic minerals, China enters, then, into competition with the US for those resources that ALC has in abundance,” says the analyst.

According to the specialist, another challenge is the Chinese Silk Road that could also involve LAC. The Chinese project to build an inter-oceanic canal in Central America disputes the monopoly of the Panama Canal, as does the entry of Chinese FDI into ports such as La Union in El Salvador, areas that had been of exclusive American expansion.

“This displacement of the United States in the trade routes, maritime or land, to the Pacific or the strengthening of the Chinese presence in Eurasia is denounced by the US as a military threat,” said Arantxa Tirado.

According to the expert, the United States “plays its world domination in the face of the Chinese challenge, but it will not let it get away without a fight”.

“It shows, once again, that the economy and war can not be dissociated and that the geopolitical transitions in the international system, as [Giovanni] Arrighi [Italian economist and sociologist] and [Beverly Judith] Silver [sociologist and economist American] years ago, are never resolved peacefully,” concludes the political scientist.