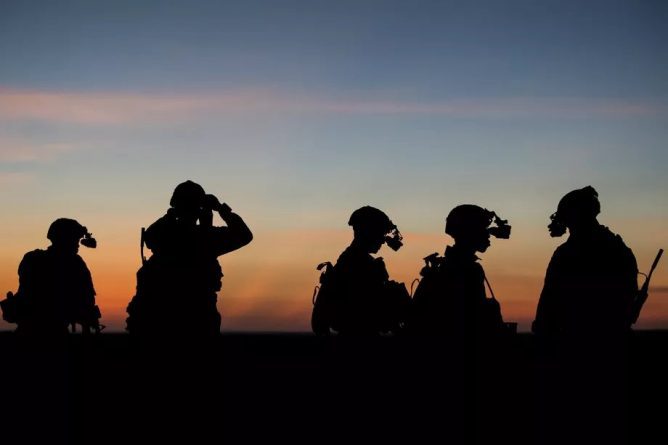 Fort Bragg, the largest military base in the United States Army, located in North Carolina, issued a public apology on April 25 after conducting an exercise without prior notice, to measure the reactions of its staff and the local population in case of a cyber attack. The military base lost power during Wednesday 24 and Thursday 25, and caused some confusion and concern at the base. This was posted on The Verge a few days ago.

Army officers told local news agency Charlotte Observer that the exercise was designed to “identify deficiencies in our infrastructure, operations and security,” and was not announced to the public to “measure the possible reactions in real life of all people directly related to the base”.

Electric power was cut around 10 am on Wednesday and returned on Thursday afternoon. Residents reported on Facebook and Twitter some problems caused by the blackout, such as traffic problems when the traffic lights went out or problems updating official documents, as well as their general confusion due to the lack of information in official sources.

On his Facebook page, the US Army apologized for causing concern in the population and explained that it was part of a test required at the base to “determine the preparation and resilience of the installation in a real scenario. That said, our goals have been met and, as many of you know, everything has returned to normal. ”

The American media claim that Fort Bragg, with 50,000 soldiers, is the largest military base in the world, and is the headquarters of the 18th Air Corps of the United States and the Special Operations Command.

These measures coincide with the US government’s concerns about detecting vulnerabilities in their country’s electricity network in the face of possible cyber attacks, or other types of attacks. A couple of years ago, Ukrainian power plants and airports experienced such attacks, which the United States attributes to Russia.

On March 28, US President Donald Trump also signed an executive order to strengthen the protections of its electrical installations against attacks based on electromagnetic pulses.

But on the other hand, countries such as Venezuela have reported having recently been victims of cyber attacks and other attacks against their electrical installations, directly blaming the US government for such actions. The sabotage that occurred on March 5th and 25th against the Guri Dam have been described as cyber attacks .