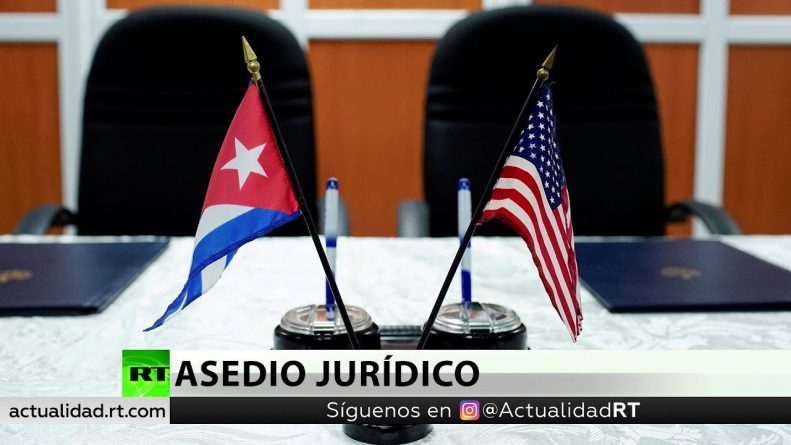 The US Treasury Department announced regulatory changes to restrict non-family travel to Cuba, as well as limits on remittances sent from the US to Cuba.

The United States has added to its list of sanctions five names linked to Cuba’s military and intelligence services, including the Aerogaviota airline.

John Bolton , US National Security Advisor, said in an address to veterans of the failed Bay of Pigs invasion that the US it would restrict non-family tourism to Cuba to reduce the “veiled tourism” that provides funds to the island’s security sector.

“The Treasury Department will implement regulatory changes to restrict non-family travel to Cuba,” Bolton said at a lunch in Miami with the Cuban community, AFP reports.

The measures announced contemplate limiting transfers of funds by US citizens to Cuba to $ 1,000 quarterly .

The sanctions are in addition to those established last Friday, April 5, when Washington issued measures against the companies Ballito Bay Shipping and ProPer In Management – based in Monrovia (Liberia) and Piraeus (Greece), respectively – for their links to the Venezuela’s oil sector and the transportation of crude oil from that country to Cuba in the Despina Andrianna ship.

Steven Mnuchin, US Treasury Secretary, blamed Cuba for being “an underlying force that has fueled Venezuela’s descent into the crisis ” and assured that those entities and the vessels that transport oil from Venezuela provide “a lifeline for keep afloat the illegitimate regime of Maduro.”

Helms-Burton Law
In a major escalation of tension with Havana, the US Government announced on Wednesday that it will revoke next May 2 the suspension of Title III of the controversial Helms-Burton Act, which allows claims against properties that were confiscated after Fidel Castro’s rise to power in US courts.

In his speech, the advisor gave the Central Bank Venezuela a key role in the staying power of President Nicolás Maduro, “including through the control of gold and currencies,” which indicated that “the US will use the maximum economic tools” to limit the room for maneuver.

On March 22, Washington sanctioned the Economic and Social Development Bank (Bandes) of Venezuela and its subsidiaries in Uruguay and Bolivia.

As announced by the Treasury Department, all assets and interests of these entities that are located in the USA were “blocked and must be reported to the Office of Foreign Assets Control (OFAC)”.

US warning According to Bolton

Washington’s measures should serve as a strong warning to “all foreign players, including Russia” so that “they do not deploy military forces and means in Venezuela in support of the Maduro regime.”

The Administration will continue to break the reprehensible links that have contributed to Venezuela’s downfall. The United States will continue to take strong actions against regimes that prop up the failed Maduro dictatorship.

Despite Bolton’s statements, Moscow has made clear that it sent military specialists to Caracas within the framework of a bilateral intergovernmental technical-military collaboration agreement.

Although President Donald Trump asked military elements to leave the South American country, Russia has specified that the presence of the personnel does not “change the balance of power in the region” and “does not threaten anyone”.

To analyze the effects of the activation of Title Three of the Helms Burton Act, RT has spoken with political analyst Roberto Quesada, who sees in the way of using the Monroe Doctrine a US attempt to impose submission on Latin America.