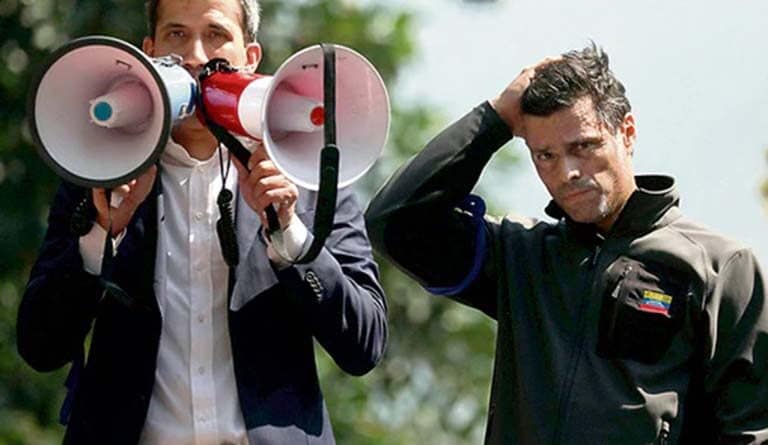 The vice-chancellor of the Andrés Bello Catholic University (UCAB), one of the most important right wing leaning private university in Venezuela, Arturo Peraza, said that in Venezuela there is “a strong index of rejection of the Venezuelan population towards the opposition”, which in his opinion seems to be blind, deaf and mute.

“It does not speak, it does not hear and it does not see. They say they see, but they are not seeing the reality of the people and that is what the Venezuelan Episcopal Conference (CEV) is telling them in a dramatic way,” he added about the statement published by the CEV, regarding the parliamentary elections scheduled for December 6.

At the same time, he stressed that the Popular Will deputy Juan Guaidó proposed a route that “was unsuccessful and he has been trapped on it.”

“I feel that if there is something missing from the current political leadership, it is that ability to rethink the scene and look for alternatives. We repeat a mantra since 2019 and we are almost in 2021 and you do not change it. Politics doesn’t work like that,” he added.

Peraza, who is also a Jesuit priest and political scientist, pointed out that the CEV letter is a warning bell against the opposition parties that have proposed abstention for the parliamentarians. “That call is not enough, because what has been done is to immobilize the population,” he declared to the website “La Gran Aldea”.

At the same time, he added that the calls for abstention proposed by some political sectors leave a feeling in the public that there are no alternatives, which he described as a “gigantic void”, for this reason he stressed that the Church does not back violence.

“The Episcopal Conference challenges the opposition to think about alternatives for citizen participation and I think that is where the parties have to play a role in inventorying the line of political action,” he said.

On August 11, the CEV issued a statement in which it recognized the electoral route as a constitutional and peaceful alternative to solve the problems that affect the people.

“Our people have a great democratic vocation, which is why they assume the electoral route as a peaceful and rational way of establishing a consensual political route as citizens,” said the CEV letter.

The position of the leadership of the Church generated rejection in the Venezuelan extreme right.

They accuse the G4
The national coordinator of the Vente Venezuela party, María Corina Machado, expressed that she does not believe in the G4 (First Justice, Popular Will, A New Time and Democratic Action) and accused the parties that comprise it of “complicit and corrupt.”

The opposition leader, identified with the radical wing of the Venezuelan right for its extremist positions and publicly requesting the military intervention of foreign governments to overthrow the legitimate government of the country, stressed that the G4, led by the Popular Will deputy Juan Guaidó, “does not represent me, nor all Venezuelans.”

At the same time, Machado pointed out that the Interim Government “is not there for future plans,” in this way she stressed that the people of Venezuela need short-term answers. “That is their task,” she added.

PPT and PCV say their alliance is irreversible
Patria Para Todos (PPT) and the Communist Party of Venezuela (PCV) see as irreversible the alliance achieved between both political parties to participate in the parliamentary elections on December 6.

“We maintain this position, firmer than ever, this alliance is irreversible, there is no going back, it is a necessity because we understand that this alternative, which is the historic moment, otherwise history will take a painful toll on us,” declared the PPT leader Luisa González to Unión Radio.

MAS calls on anti-Chavismo to bring unifying tickets
The secretary general of the Movement Toward Socialism (MAS), Felipe Mujica, yesterday asked the opposition parties that will participate in the next elections on December 6 “to go to the contest” with unifying tickets.

“Unity is a decisive factor, as well as the possibility of an electorally viable project, in addition to reducing abstention,” said the MAS leader.

Featured image: Juan Guaido and Leopoldo Lopez during the failed coup d”etat they launched on April 29, 2019. They seem to be realizing how bad their move was. File photo