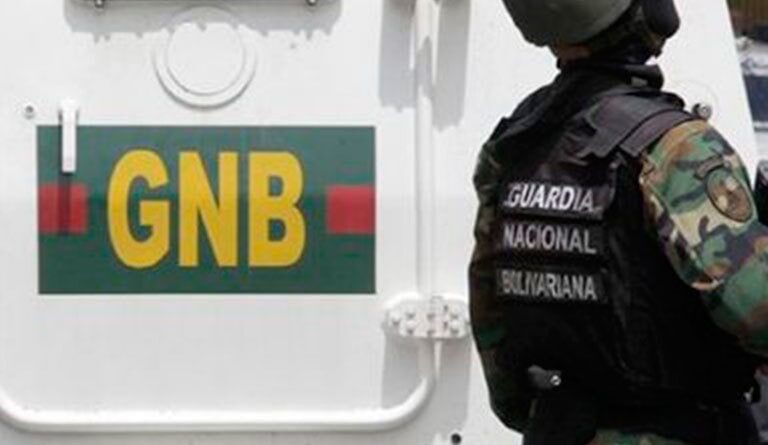 Officials of the Bolivarian National Guard (GNB) detained three men in the Delta Amacuro state, who were carrying three rifles and 853 cartridges of different calibers in a boat, according to reports obtained from the military authorities.

The detainees were identified as José Gregorio Flores González, Orlando Alfredo Gómez Goveia and Luis Abrahán González Rojas, members of Los Fusileros, which is an organization classified as a Structured Organized Crime Group.

According to the report, the three men were traveling in a white and blue wooden Balajú-type boat that was sailing through the El Guayo sector in the Antonio Díaz (Curiapo) municipality of Delta Amacuro state. 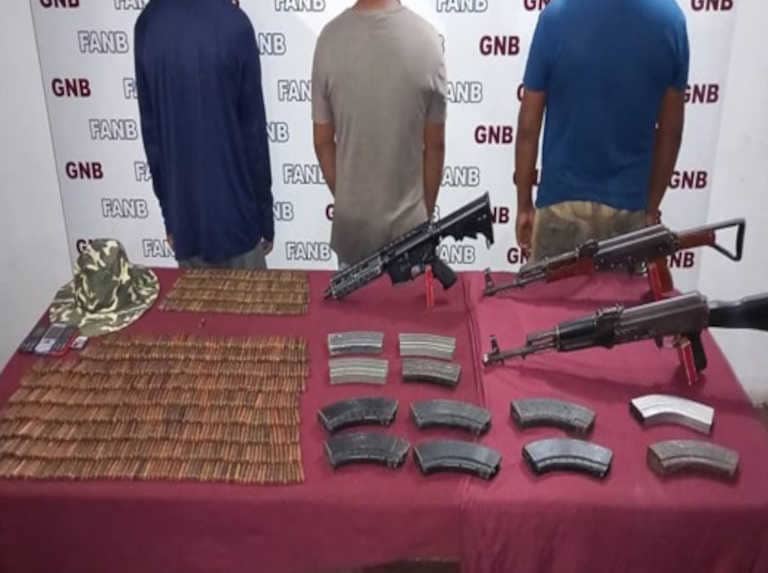 Three men carrying three guns and more than 800 bullets were arrested in Delta Amacuro and handed over to the Public Ministry for required procedure.

The three detainees were handed over to the Public Ministry authorities, and a criminal investigation has been initiated for charges of illegal possession of military weapons and association to commit a crime.

Previously, on May 30, GNB forces detained in Tucupita, capital of Delta Amacuro, seven undocumented Cuban nationals who had in their possession a model 88-12GA Maverick 12-gauge shotgun, with no visible serial numbers. The detainees were six men and a woman who were traveling in a curiara type sailboat along the Orinoco River, in the Punta del Pescador sector of the state capital.

On that occasion, the detention was carried out by members of the National Anti-Extortion and Kidnapping Command (CONAS) who were conducting a routine river patrol. Authorities are investigating whether there is any relation between this previously detained group and Los Fusileros.

This is not the first incident of war weapons being seized by Venezuelan authorities near border areas, and neither is it the first case connected to criminal gangs.

In recent days high-ranked Venezuelan officials, including President Maduro, have denounced right-wing opposition leaders for making payments to criminal urban gangs in Caracas, especially in the Petare, La Vega, and Cota 905 neighborhoods, to promote fear and the narrative of a failed state ahead of the regional elections scheduled for November 21.