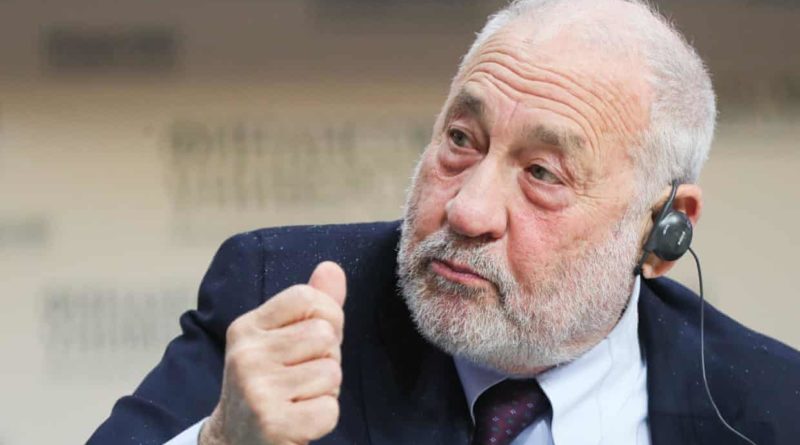 Donald Trump’s botched handling of the Covid-19 crisis has left the US looking like a “third world” country and on course for a second Great Depression, one of the world’s leading economists has warned.

In a withering attack on the president, Joseph Stiglitz said millions of people were turning to food banks, turning up for work due to a lack of sick pay and dying because of health inequalities.

The Nobel prize-winning economist said: “The numbers turning to food banks are just enormous and beyond the capacity of them to supply. It is like a third world country. The public social safety net is not working.”

Stiglitz, a long-term critic of Trump, said 14% of the population was dependent on food stamps and predicted the social infrastructure could not cope with an unemployment rate that could hit 30% in the coming months.

Stiglitz said Republicans had opposed proposals to give those affected by coronavirus 10 days’ sick leave, meaning many employees were going to work even while infected. “The Republicans said no because they said it would set a bad precedent. It is literally unbelievable.”

He added: “The safety net is not adequate and is propagating the disease. There is very weak unemployment insurance and people don’t think they can rely on it.”

During an interview with the Guardian to mark the paperback publication of his book People, Power, and Profits, Stiglitz was asked whether the US might be heading for a second Great Depression.

“Yes is the answer in short,” he said. “If you leave it to Donald Trump and Mitch McConnell [the Republican Senate majority leader] we will have a Great Depression. If we had the right policy structure in place we could avoid it easily.”

Stiglitz said that as a result of Trump’s mismanagement, the White House office responsible for pandemics had been closed, funding for the Centers for Disease Control and Prevention had been cut, and the US had gone into the crisis without enough testing kits, masks and protective gear. Encouraged by Trump, some parts of the US were determined to reopen in a way that would facilitate the transmission of the disease and lead to a fresh outbreak, he added.

“In those circumstances it won’t be the government enforcing the lockdown, it will be fear. The concern is that people are not going to be spending on anything other than food and that’s the definition of a Great Depression.

“We were unprepared but, even given the degree of unpreparedness, Trump’s decision to make this about politics rather than about science has meant we have responded far more poorly.”

Stiglitz said that if Trump were defeated in the presidential contest in November and the Democrats took control of both houses of Congress there was a chance of the US moving in a more progressive direction, but he warned Republicans would fight dirty in order to cling on to power.

“There is voter suppression and gerrymandering. The Republican party knows it’s a minority party and there is a no-holds-barred struggle going on to make sure a minority party rules America.”

Stiglitz said the current crisis would force countries to make themselves less vulnerable, and this would lead to shorter supply chains and a greater emphasis on self-sufficiency in food and energy.

He added that the complexity of modern production methods meant autarky was not feasible but added: “Fighting global pandemics and climate change require global cooperation. It’s just that the president of the United States doesn’t understand that.

“I hope we emerge from this with the perspective that multilateralism is even more important than we thought. It can’t just be a corporate-driven globalisation. We have to make it more resilient.’