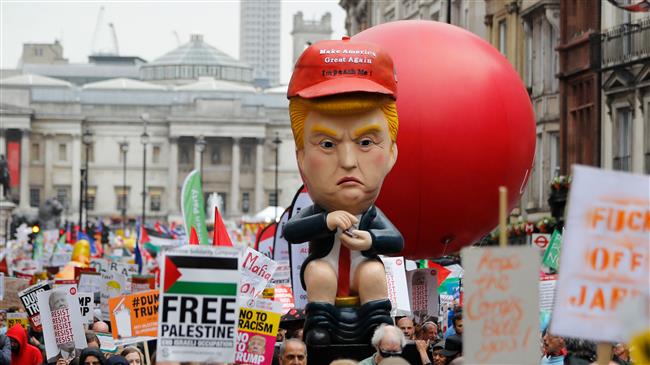 Milwaukee, WI – Demonstrators will gather outside the Panther Arena, January 14, at 5 p.m., where Trump will be featured at a campaign event.

Ryan Hamann, a protest organizer and spokesperson for the Coalition to March on the DNC, states, “We’re calling this protest to let Donald Trump know that he and his anti-people agenda aren’t welcome in Milwaukee.”

Hamann continued, “The people here recently won their demand to end police collaboration with ICE in the city. I can’t think of a clearer indication of the people’s rejection of what Trump stands for than that.”

The Coalition to March on the DNC is also planning a demonstration that will coincide with the first day of the Democratic National Convention, July 13, in downtown Milwaukee.