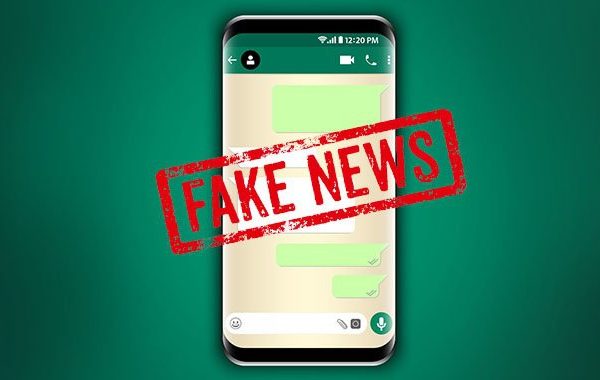 Editorial note: For the last 2-3 weeks there has been an intense media campaign to demonize the census announcement made recently by the Venezuelan government as well as the “Locate your House” program in an approach very similar to previous anticommunist ones where they basically say that the government will mark your property for expropriation or occupation”, creating panic among petite bourgeoisie sectors.

We edited some paragraphs at the end of the piece giving credibility to fake news spread by social networks. You always can check the original piece in the Source URL link.

Neither the LED light bulbs paranoia that “(with cameras) spied on homes”, nor the plan to “take away parental rights” from parents and legal guardian, caused such uproar and anxiety as the current Population and Housing census to be carried out announced by the Venezuelan government. It must be because then there was no WhatsApp.

It all started when the national government announced, briefly and awkwardly, that the first phase of the real estate unit registration would take place and, in parallel, an image attributed to the Ministry of Housing and an alleged “Locate Your House ” program was viralized through the social networks of the opponents.

Immediately the opposition politicians, the proprietary middle class and the oppressors and oppressors ex officio initiated a campaign of alertness and fear against the new “wave of confiscations and massive occupations” that Chavismo would allegedly begin with regard to the strong economic migration that has led millions of Venezuelans to seek their fortune beyond our borders, and leave widespread houses and apartments empty.

Above all there was a fact that set off the alarms: the census will be carried out by the Bolivarian Militia, the Somos Venezuela Movement and the Popular Power. This information was later confirmed by the government authorities themselves.

A week later, and given the magnitude of the strong rumors coming back and foward, the sectoral Vice President of Planning, Ricardo Menéndez, explained on state television that indeed such action would be carried out as part of the Population and Housing Census scheduled for the 2021 year.

He also ratified that it is not a mandatory process, however those who do not participate in it “will not have access to any information system, nor will they be part of the modernization that allows to grant a QR code for every property,” which, he said, will reduce the procedures which Venezuelans currently do.

First things first
The multifactorial crisis that Venezuela is going through and the sui generis behavior of the government and the local opposition, any action common in a “normal country” takes on epic proportions in this one.

However, it should be remembered that national population and housing census seeks information on the main characteristics of the people, homes and houses of a country. That is, “it is a set of operations consisting of collecting, evaluating, analyzing and publishing or disseminating demographic, economic and social data related to all the inhabitants of a country, at a given time.”

In Venezuela, its history dates back to the year 1873 and is held every 10 years. This will be number 15.

It is assumed that the results of the population census will be used to monitor existing public policies and formulate others based on the new realities of the country (administer and evaluate education, employment, housing, family, health, rural development programs, means and routes of transport, urbanization and well-being, among others).

Due to the characteristics of the Venezuelan census, studies about social inclusion (education, social security, public safety, food, work, decent housing) will also be carried out. As expected, the scandal created will have a very negative impact on these items.

There are also other essential administrative uses of the census, such as determining the number of deputies to the National Assembly, legislative councils and municipal councils, for each political entity, and so being extremely relevant for defining electoral districts.

Until the last census, in 2011, the national registration was carried out by officials of the National Statistics Institute and young volunteers trained for that purpose.

In addition as on this occasion, in its first stage, high school, began to run two years earlier (in 2009).

The snake bite when he sees a vulture jump
Various analysts have insisted that the Venezuelan opposition strategists and related media appeal to psychological operations to transform fear into indignation, and this feeling into political discomfort that drives discontent and a social revolt.

“If pure anger is expressed, people feel shame and even guilt, but when anger is associated with heroism, it is publicly announced with pride. Entering someone’s house, knocking on the door and destroying furniture produces shame, but if it is a wretch who wants to steal our future, that act becomes heroic,” explained the prominent psychiatrist and professor at the University of Los Andes, Heriberto González, about his studies on psychotic dissociation in Venezuela.

It is not a minor fact that the national government has neither announced nor denied the Ubica tu Casa program, despite the media dust it has raised. Of course, it would not be the first time that the “communication policy” of Chavismo runs schizoid and lags behind public opinion formed by the hegemonic media.

Only Diosdado Cabello, vice president of PSUV, denied on his television program that the government intends to appropriate private properties, but mentioned that the homes assigned by the government will be verified to confirm that their occupant is effectively the family to whom it was granted.

“If you were given a house and decided to leave Venezuela and there they knock on that door and there is no one, nothing happens. But if they open and say I’ve rented … that’s it … the house is not for rent, the house is for the family,” said the so-called “number two of Chavismo. ”

One of the points that has given more cause for talk is the QR code that will be pasted in the spaces already registered (before a sticker was also adhered as a sign that the place had already been registered).

One of the most viralized messages in the WhatsApp groups of condominiums, assures that the geolocation code of the census will create a digital map with the exact location of all unoccupied properties and at the same time, located in vulnerable sites with little or no opposition and resistance of the communities and neighbors, in ordee to be able to occupy them easily.

“This will allow the regime to create lightning operations and send a massive group of people to surprise and quickly and occupy a property,” the message warns.

In addition, it recommends opposing the census and preventing them from marking the properties of the community in any way: “If they put up a label, wait for them to leave and remove it.”

Another message recommends that building guards or janitors immediately call the Condo Board to accompany the census worker. In addition, verify the legality of the identification of the personnel who is trying to enter (identity card and agency id).

Elías Santana, coordinator of the specialized portal MiCondominio.com, said that they delivered a letter from that organization and requested an interview with Minister Menéndez to clarify various points about the census.

He said that this activity represents the largest civil mobilization in the country and criticized the assignment of the Bolivarian Militia and the Somos Venezuela Movement, as both actively participate in partisan or pro-government events “and call into question their impartiality.”

This is just beginning…

Some who appeal to humor as an incentive for the day-to-day wear and tear that is lived in Venezuela, say that since there are “two” presidents, two TSJ’s, and two national assemblies, it would not be unusual if there were also a couple of parallel censuses … One for Chavistas and one for anti-Chavistas.

There are still two years left to complete the aforementioned census, so this is only the beginning. However, in an unconventional, unusual and extraordinary country, like ours, anything can happen …