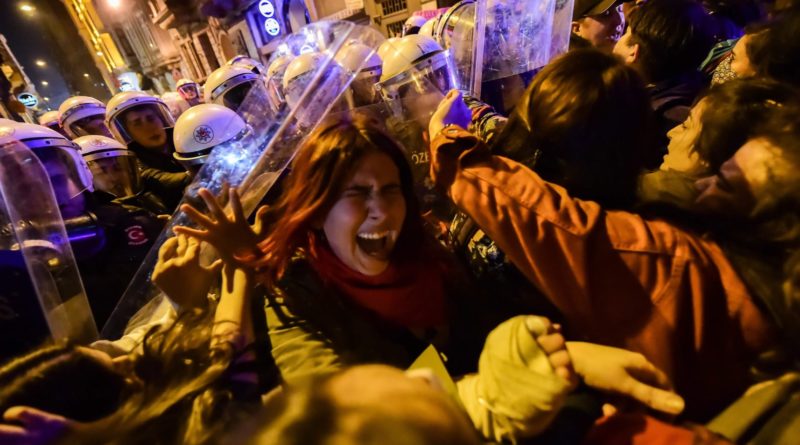 Mar 08, 2020.- Turkish police used tear gas to disperse a few dozen women who were still in central Istanbul after trying to march on Sunday evening to celebrate International Women’s Day.

Reuters reporters saw the crowd, which was originally few hundred women, at the edge of Taksim Square holding banners and waving flags.

The police formed a human blockade to stop them from entering Istiklal Street, the district’s main pedestrian avenue. A large part of the crowd dispersed as they were not allowed to march on Istiklal Street.

Istanbul’s governor Ali Yerlikaya decided to close down Taksim metro station and parts of nearby Sishane station and said all roads leading to main square would be blocked.

“All roads leading to Taksim Square and Istiklal Street will be closed as these places are not classified as designated areas for assembly and demonstrations according to law,” the governor’s office said in a statement.

The government did allow some activities by non-governmental organizations to celebrate International Women’s Day around the city, the statement said. But it said the gathering in Istiklal Street was not granted a permit.

Last year, on International Women’s Day, the police had fired tear gas to break up a crowd of women who had gathered for a march.