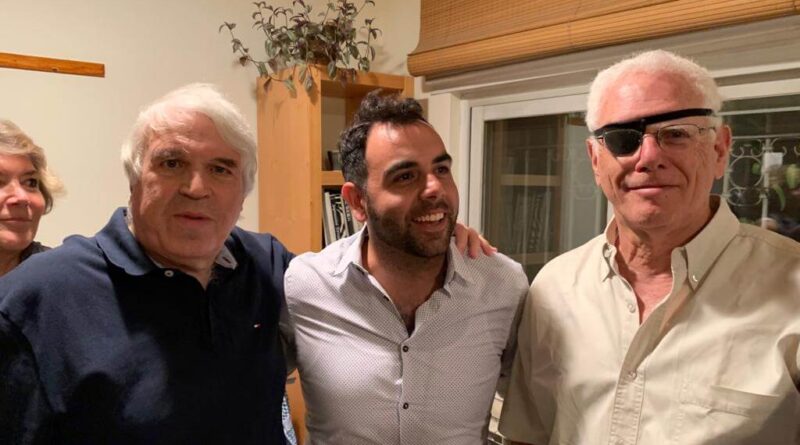 This is yet another apartheid charge leveled by serious people in what Al Haq has said is the “mounting recognition” and “mainstreaming of the legal analysis of apartheid over the Palestinian people as a whole.”

There is of course stiff resistance in the American discourse. Before getting to Baruch and Liel’s argument, I’d note that in recent days Bernie Sanders has flicked away the apartheid charge saying progressives should “tone down the rhetoric,” and David Makovsky has said critics call Israel “all sorts of bad names.” And NPR has given a platform to a scholar calling the charge “offensive” to Jews.

RELATED CONTENT: The Fall and Rise (and Fall?) of Apartheid

Baruch and Liel say that they “learned firsthand about the reality of apartheid and the horrors it inflicted.” And they relate South Africa to current conditions in the West Bank, where Palestinians are forced on to smaller and smaller tracts of land.

This reality reminds us of a story that former Ambassador Avi Primor described in his autobiography about a trip that he took with then-Minister of Defense Ariel Sharon to South Africa in the early 1980s. During the visit, Sharon expressed great interest in South Africa’s bantustan project. Even a cursory look at the map of the West Bank leaves little doubt regarding where Sharon received his inspiration. The West Bank today consists of 165 “enclaves” – that is, Palestinian communities encircled by territory taken over by the settlement enterprise. In 2005, with the removal of settlements from Gaza and the beginning of the siege, Gaza became simply another enclave – a bloc of territory without autonomy, surrounded largely by Israel and thus effectively controlled by Israel as well.

The bantustans of South Africa under the apartheid regime and the map of the occupied Palestinian territories today are predicated on the same idea of concentrating the “undesirable” population in as small an area as possible, in a series of non-contiguous enclaves. By gradually driving these populations from their land and concentrating them into dense and fractured pockets, both South Africa then and Israel today worked to thwart political autonomy and true democracy.

The former ambassadors say what Human Rights Watch said when it released its apartheid report in April. Israel has no intention of leaving the West Bank and East Jerusalem, after 54 years of occupation.

[T]he occupation is not temporary, and there is not the political will in the Israeli government to bring about its end…. It is time for the world to recognize that what we saw in South Africa decades ago is happening in the occupied Palestinian territories too. And just as the world joined the struggle against apartheid in South Africa, it is time for the world to take decisive diplomatic action in our case as well and work towards building a future of equality, dignity, and security for Palestinians and Israelis alike.

Here’s how HRW put it in the report penned by Omar Shakir:

After 54 years, states should stop assessing the situation through the prism of what might happen should the languishing peace process one day be revived and focus instead on the longstanding reality on the ground that shows no signs of abating.

The Carnegie Endowment made a similar argument when it called for governments to start using their powers — i.e., sanctions — in pushing Israel toward equal rights. A co-author of that study, Zaha Hassan, used the “apartheid” designation, joining a long list of moral voices, from Jimmy Carter to Marc Lamont Hill to Charney Bromberg to Stephen Robert to Black Lives Matter to Rashida Tlaib.

Ten years ago a former Israeli pm warned that the country was going to face a “diplomatic tsunami” because of its occupation. “Israel’s delegitimization is on the horizon.” Now that tsunami finally seems to be arriving. Though it may take another few years to reach the U.S. Capitol.