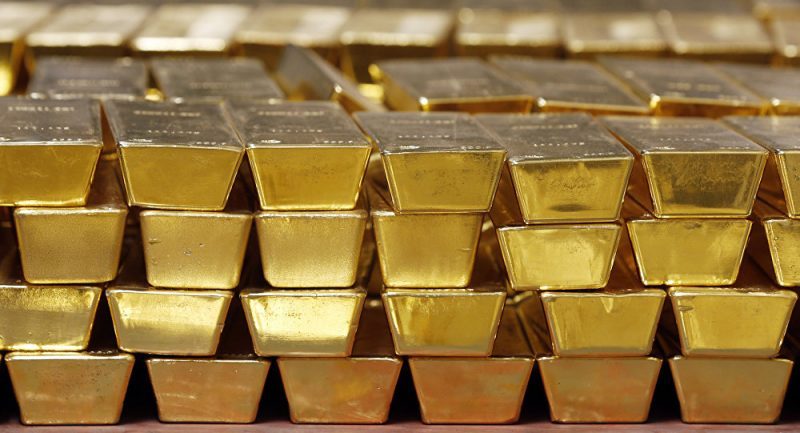 21/Mar/2019.- The report comes shortly after the United States imposed sanctions on Venezuela’s state-run gold producer, Minerven, describing the trade in the precious metal as being vital to embattled President Nicolas Maduro’s ability to maintain loyalty among the military.

Citigroup Inc. is planning to sell several tonnes of gold placed as collateral by Venezuela’s Central Bank on a $1.6 billion loan after missing an 11 March deadline to buy back the yellow metal, Reuters reported, citing four sources with knowledge of the matter.

Under a 2015 financing agreement with the New York-based Citibank finance group, the cash-strapped country reportedly converted part of its gold reserves into cash; Caracas was supposed to repay $1.1 billion of the loan on 11 March 2019, while the remainder comes due next year.

According to Reuters’ sources, Citibank’s envisaged sale of the precious metal serves as a guarantee, which has a market value of an estimated $1.358 billion, to recover the first portion of the loan.

Additionally, Citibank will deposit the excess of some $258 million in a bank account in New York, two insiders claimed, which will be out of reach of President Nicolas Maduro.

“Citibank was told that there was a force majeure event in Venezuela, so the grace period was necessary, but they did not grant it”, one of the sources, who belongs to Guaido’s team, told Reuters.

The media outlet then cited a Venezuelan government source as saying that the country’s Central Bank did not transfer the money to Citibank this month. Neither Citigroup, nor the Venezuelan Central Bank has commented on the report yet.

Reuters reported that the development comes as another blow to the Maduro government and the situation in the country, exacerbated by sanctions imposed by the United States.

In a February report filed with the US Securities and Exchange Commission, Citibank stated that Venezuela’s Central Bank had agreed in 2015 to repurchase in March 2019 a “significant volume of gold” as part of a contract inked to gain some $1.6 billion. Following the transaction, Citibank owned the gold.

RELATED CONTENT: Impact of the Economic War against the People of Venezuela
In early March, Venezuelan opposition leader Juan Guaido, who proclaimed himself the country’s interim president in January, reportedly asked Citibank to delay by 120 days the repurchase of gold placed by Maduro’s government as collateral for the 2015 loan.

Guaido also asked UK Prime Minister Theresa May and Bank of England Governor Mark Carney in late January not to return gold bullion worth about $1.6 billion to President Maduro’s government.

At the time, Bloomberg cited sources as saying that the Bank of England had denied Maduro’s request to withdraw Venezuela’s gold reserves after US Secretary of State Mike Pompeo and White House National Security Adviser John Bolton lobbied the UK government to cut off the Venezuelan government’s access to foreign assets.

The development comes shortly after the United States sanctioned Venezuela’s state-run gold mining company Minerven and its President Adrian Perdomo on Tuesday, accusing them of illicit operations and backing the Maduro government.

“Treasury is targeting gold processor Minerven and its president for propping up the inner circle of the corrupt Maduro regime. We will aggressively pursue those involved with Maduro’s reckless illicit gold trade which is contributing to its financial, humanitarian, and environmental crisis”, said US Treasury Secretary Steven Mnuchin.

Venezuela has been embroiled in a political crisis since January after Guaido proclaimed himself interim president, demanding Maduro’s resignation and fresh elections. The move was instantly recognised by the United States and a slew of Latin American countries, while Russia, China, Mexico, and a number of other nations reaffirmed their support for Maduro as Venezuela’s only legitimately elected president.