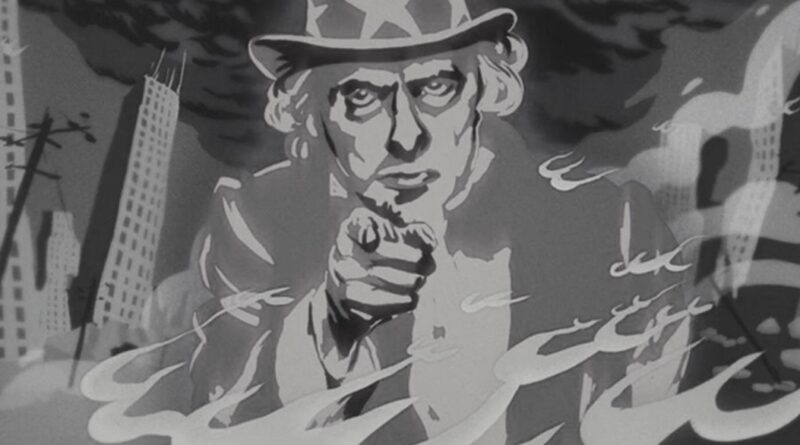 Mao, whose legacy of victorious class struggle continues to challenge U.S. imperialism as socialist China disrupts Washington’s military hegemony and neo-colonialism, concluded that even the most powerful weapons of the imperialists are beatable in the face of liberation movements. Even the atom bomb, he said, is a paper tiger, something that only gives off the illusion of invincibility. “Imperialism will not last long because it always does evil things,” he said. “It persists in grooming and supporting reactionaries in all countries who are against the people, it has forcibly seized many colonies and semi-colonies and many military bases, and it threatens the peace with atomic war. Thus, forced by imperialism to do so, more than 90 per cent of the people of the world are rising or will rise in struggle against it.”

That remaining 10 percent are the bourgeoisie, the labor aristocrats, and the other loyalists to the empire, mainly within the core imperialist countries. The only reason this tiny minority maintains its power structure is that U.S. imperialism continues to economically dominate the globe, or at least the neo-colonies that it still hasn’t lost to the forces of national liberation. Washington’s ongoing economic leverage over Latin America, Africa, and most of the rest of the Global South is why the revolutionary struggle in these places is discontinuous and filled with setbacks. This global strength of capital is also why the U.S. empire can still perpetuate warfare and occupations throughout the region surrounding its proxy state Israel, and why it’s able to keep expanding its military occupations of Africa, Latin America, southeast Asia, and Oceania with the goal of countering Russia and China.

The obvious fragility of this basis for the operations of imperialism, where the system would come tumbling down as soon as Washington’s control over markets gets diminished enough, is getting increasingly exposed. Washington’s failure to achieve regime change in Iran and Venezuela, or to subdue Russia or China, has made the imperialists lose the economic advantages that they’ve so desperately needed to remain afloat going into the current state of their empire’s decline.

Washington has been so set on overthrowing the governments of Iran and Venezuela because these countries are interfering with Washington’s petrodollar dominance, and Washington has been so set on regime change in Russia and China because these countries challenge U.S. military and economic primacy. The imperialists are now at a point where the dollar is on the verge of an unprecedented drop in value. And the ways that these four countries and their anti-imperialist allies (such as Cuba, the DPRK, Nicaragua, Bolivia, and Syria) have managed to isolate the imperialists at their most vulnerable point yet.

This spring, senior research fellow at the Chongyang Institute for Financial Studies of Renmin University of China Dong Shaopeng surveyed the ways that imperialism’s financial hub the U.S. is foundationally decaying, both in terms of its internal stability as a state and of its viability as the world’s currency leader:

The structural problems within the US economy for a long time are still not addressed, and the manufacturing has not been brought back to the US. The US’ participation in [the] global economy is still not sufficient. A weak economy and poor employment are not conducive for the dollar to reverse current weakness. Additionally, emerging economies including China are improving economic strength, which will support these economies’ currency to go strong. The shift and reshuffle of [the] global currency system is bound to happen, in which [the] dollar will see a weakening trend. During the weakening process, it’s crucial for the US to carry out cooperation with other major economies to [maintain] the stability of [the] global financial system.

The response from the Federal Reserve to this situation, which consists of accelerating the money-printing process, is only a temporary fix that will ultimately make the fall worse. As columnist James Deakin wrote last month:

Around 40 percent of US dollars in existence right now were printed in the last 12 months. If this is news to you, I’ll give you a minute for that to marinate. Actually, let’s make that two so that it gets both sides. Because it’s a lot to absorb. In fact, if that little factoid doesn’t send a 1921 Weimar shiver down your spine, then you need your schnitzel examined…just like the US did in 1971 — — with the rest of the world following suit with what we now call FIAT currency — — Weimar Germany also decided to remove itself from the gold standard during the first world war so that they could turn on their magic printers and fund their global domination with funny money, and then simply plunder their enemies for their hard assets once they were done. Problem is, they didn’t win. And worse, they needed to pay war costs, too. And not in their own currency, either. Which led to one of the most famous cases of hyper inflation the world has ever known.

How is the U.S. empire responding to this growing deficiency in its financial hegemony? By perpetually increasing its military spending in anticipation of total war, with the U.S. Senate having just forced through a $25 billion new armed forces budget raise. And the logistical impossibility of Washington winning a war against both Russia and China, as well as the extremely costly prospect of trying to invade Iran, has limited the conquest options of the imperialists. Washington is obviously aiming to replicate Germany’s practice of frantically colonizing the territories around it, with Biden promising that his latest sanctions on Cuba are “just the beginning” amid a U.S. attempt at color revolution on the island. And the core imperialist countries are taking every opportunity they can to carry out the types of primitive accumulation which Nazi Germany perpetrated, with the U.K. having stolen $1.8 billion of Venezuelan gold last year. The U.S. has also been stealing Syria’s oil through its illegal occupation of one-third of the country.

But the imperialists are in an uphill battle; when their currency collapses, they’ll lose the economic leverage that gives their sanctions so much impact, as well as their ability to militarily dominate the globe.

When the dollar goes down, U.S. military primacy will go down with it. As Honors Associate Professor in Western Civilization at the University of Washington David Adler assessed last year, “To curb America’s imperial adventurism — and the president’s personal ability to engage in it unilaterally — it is essential not only to draw down the nation’s enormous global military presence but to reduce the dollar’s centrality to international trade and finance.” This is going to happen, but it’s going to happen the hard way. It’s going to happen through a collapse of the U.S. financial system, one that we’ve never seen before and that will drive the country’s lower classes into even worse conditions than they’re in now. The empire won’t lose its global grip because of a movement by the U.S. proletariat, which is still severely demobilized. Its grip will be lost because of the empire’s own internal dysfunctionality, and because of how the empire has provoked the masses of Iran, Venezuela, and other economically strategic countries into breaking free from imperial control.

Because this implosion of imperialism is occurring due to the flailing decline of capital, and not because the proletariat within the U.S. has gained control, the U.S. empire’s internal victims are going to be the ones that suffer from this looming currency collapse. We’ll be subjected to further austerity, privatization of essential resources, lowered wages, ever-expanding unemployment, shifts of the tax burden onto the poor, and operations to achieve internal primitive accumulation through the plundering of the environment. Desperate to keep profits up, the empire will turn its operations inward. But without the economic leverage or financial capacity to maintain its global empire, the U.S. ruling class is going to be stuck waging an ever-intensifying class war within U.S. borders. A war that will keep growing more anarchic in its destructiveness until the revolutionaries can overthrow the capitalist state and build a proletariat dictatorship.