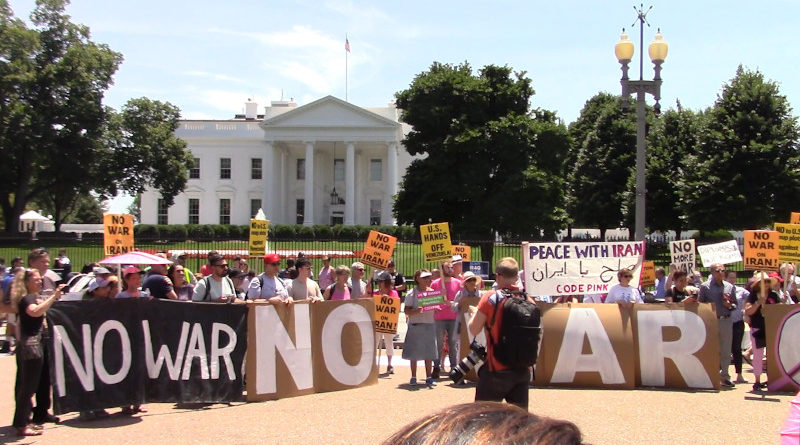 The United States military brought us to the brink of another disastrous war, one that could escalate to a global conflict, when it assassinated Iranian General Qassem Soleimani, head of the Islamic Revolutionary Guard Corps’ elite Quds Force. General Soleimani was highly-respected in Iran and in the region for his work to stop ISIS.

The death of General Soleimani was reportedly ordered by President Trump and carried out by the Pentagon. The US tried to justify its actions as necessary to protect US personnel, but in reality, this act blatantly violates international law and Iraqi sovereignty. The US does not have the authority to murder a general of a country we are not at war with and in a third country that did not support the action.

Iran has declared that it will retaliate after a three-day period of mourning. Iran just concluded joint military exercises with Russia and China. This situation could easily escalate to a regional if not a global war.

We must act swiftly to say:
“No war on Iran. US out of Iraq and the Middle East.”Emergency actions are being organized nationwide on
Saturday, January 4.

Look for an action near you below. You can add an action by sending the time and location to info@popularresistance.org.

Please spread the word widely. All out to stop the wars!

In peace and solidarity,
Popular Resistance