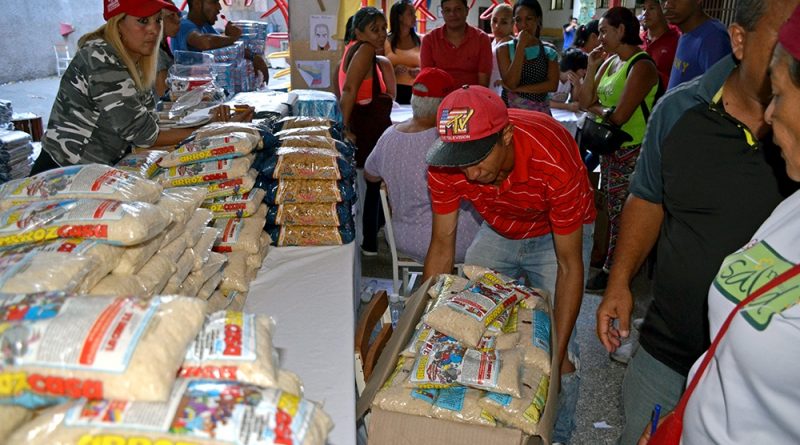 The Treasury Department has targeted people and companies involved in imports for Venezuela’s CLAP program.

The measure freezes all assets belonging to Amir Luis Saab, Luis Alberto Saab and David Nicolas Rubio, as well as those of all entities in which they have 50 or more percent stake.

According to a press statement by the US Treasury Department, Amir and Alberto Saab are brothers and business partners of Colombian national Alex Nain Saab, who was sanctioned in July for allegedly profiting from “overvalued contracts” with the Venezuelan government’s food program and other state sectors.

David Rubio, for his part, is a relative and business partner of Alvaro Pulido and Emmanuel Rubio, who were likewise sanctioned by the Treasury’s Office of Foreign Assets Control (OFAC) in July in relation to the purported corruption scheme.

“This action increases pressure on Alex Saab and his network, which have profited off the hunger of the Venezuelan people and facilitate systemic corruption in Venezuela,” said Treasury Secretary Steven Mnuchin.

The new sanctions also block sixteen entities with alleged links to the three men, Alex Saab, and/or Alvaro Pulido. The companies are based in Colombia, Panama, and Italy.

The Local Production and Supply Committees (CLAPs) form a national food distribution network partnering the Maduro government with local communal councils. Around six million households are estimated to benefit from the program, or more than sixty percent of the population. Most of the food distributed is imported, rendering the program vulnerable to OFAC sanctions targeting private import-export firms.

Over the past two years, the Trump administration has imposed various rounds of harsh economic sanctions targeting oil, mining, and financial transactions, including most recently a sweeping embargo prohibiting all dealings with the Venezuelan state. The measures have also forced the Venezuelan government to look for increasingly elaborate ways to secure imports, including gold swaps, which analysts warn creates new avenues for corruption.

The Maduro government has yet to issue a statement concerning the latest sanctions.