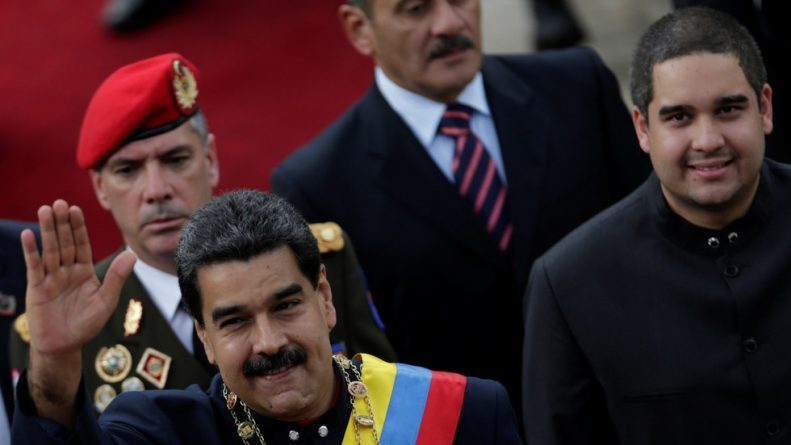 Washington has sanctioned Nicolas ‘Nicolasito’ Maduro, the son of Venezuelan leader Nicolas Maduro, its latest effort in a dwindling campaign to force Maduro Senior from power.

“Maduro relies on his son Nicolasito and others close to his authoritarian regime to maintain a stranglehold on the economy and suppress the people of Venezuela,” Treasury Secretary Steven Mnuchin stated on Friday. “Treasury will continue to target complicit relatives of illegitimate regime insiders profiting off of Maduro’s corruption.”

RELATED CONTENT: Chancellor Arreaza: Venezuela is at the Center of the US Dispute to Turn it Into a Neocolony

The latest crack of the economic whip comes after the Trump administration’s initial fervor for deposing Maduro seems to have all but fizzled out. After throwing its support behind opposition leader Juan Guaido earlier this year and repeatedly declaring “all options are on the table” when it comes to ousting Maduro, Washington has since reverted to ratcheting up sanctions in a bid to squeeze the Latin American country further.

Neither Guaido’s attempts to rally Venezuelan dissidents for a coup nor Washington’s economic penalties have succeeded in dislodging Maduro, whose hands remain firmly on the levers of power in Caracas.