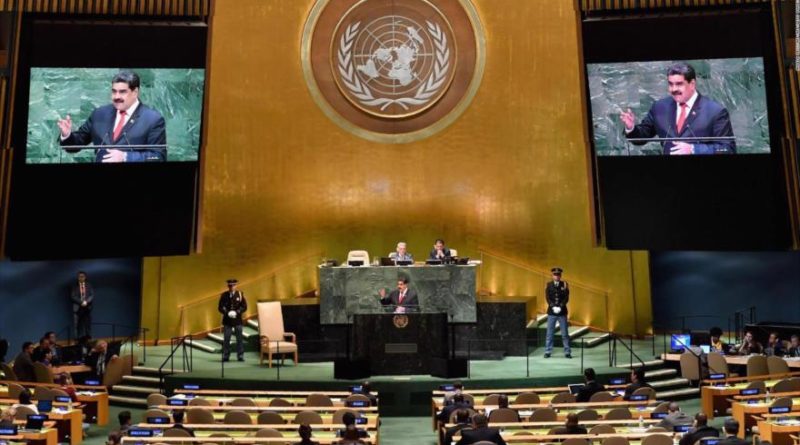 US threatens to arrest the Venezuelan President Maduro immediately, if he steps on US soil, even to attend a UN session.

A spokesman for the United States Department of Justice argued that the US, by not recognizing the Venezuelan president, also does not recognize his diplomatic immunity, since Nicolás Maduro would face “immediate arrest” when entering US territory for any reason, including if he travels to New York City to participate in a meeting at the United Nations (UN).

Responding to written questions submitted by CNN and other media, the spokesperson stated that “Maduro would face a mandatory minimum sentence of 50 years in prison and a maximum of life in prison based on the charges in the indictment.”

The threat of arrest comes weeks after the aforementioned US Department accused Maduro and several members of his government on March 26 of being involved in a “narcoterrorism” plot and offered 15 million dollars bounty for the capture of the Venezuelan president.

The US Government, the main ally of the Venezuelan opposition and of the self – proclaimed “interim president”, Juan Guaidó, has exerted diplomatic pressure and applied economic sanctions against the South American nation in the last year, and has even threatened a coup d’etat and the use of military force to remove Maduro from power, who represents an obstacle to Washington’s interventionist plans in the region.

RELATED CONTENT: CLACSO: We Reject Recent Threats and Accusations by the US Government Against Venezuela (Statement)

The United States threatens Maduro *despite the fact that the building where the UN headquarters are located, located in New York City, is considered neutral territory, since the presidents and heads of state only need the nations they represent to be countries UN members to be able to go to the headquarters and discuss diplomatic matters, regardless of their relationship with the US government. And the United Nations recognizes only Maduro’s government as the legitimate Venezuelan authority.

After Guaidó’s self-proclamation, Stéphane Dujarric, spokesman for the UN Secretary General, António Guterres, confirmed that the States of the United Nations General Assembly (UNGA) and the United Nations Security Council (UNSC) do not recognize him but Nicolás Maduro as the constitutional and legitimate president of Venezuela.

Several countries in the world have condemned the attacks by the United States against Maduro and warn that the US launches these accusations in order to intervene in the Caribbean country.