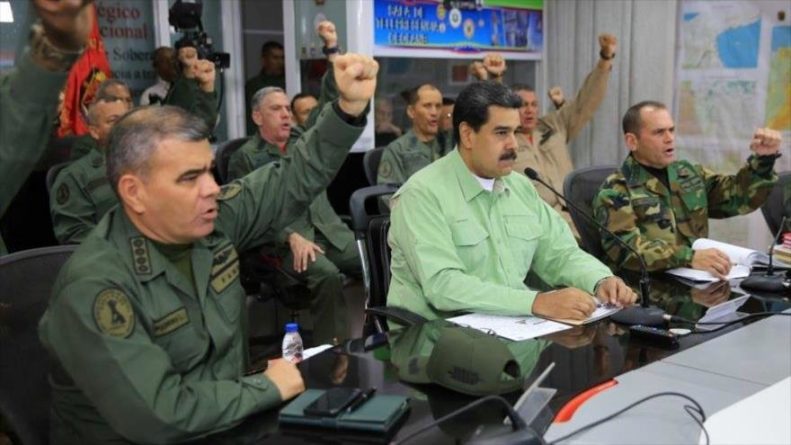 The US  pressure against the Government of Caracas intensifies and it threatens high Venezuelan military men with deporting their relatives, if they remain faithful to Maduro.

A senior US official told a group of reporters on Friday that Washington had compiled information about Venezuelan military leaders who have family members outside of Venezuela, including some who live in Miami, in the United States.

“These people face a situation in which they and their families will have to return to Venezuela,” the source said without identifying the military personnel who have relatives in the United States or how many of them would be affected by the measure.

The official, according to the Miami Herald website published on Saturday, said the US government is “optimistic” that the Venezuelan military will allow the entry of “aid” from Colombia to Venezuela without resorting to violence, however, warned that Washington and its allies will apply more financial sanctions to the Government of Caracas, if this blocks the entry of assistance or resort to violence.

The Venezuelan military is a key factor in the situation in Venezuela. For that reason, the US president himself, Donald Trump, called them to rebel. “They can choose to accept Guaidó’s generous amnesty offer. They should not follow Maduro’s orders to block humanitarian aid”, the White House tenant said on Monday, warning that if they choose the second road “they will not find a refuge” and they will “lose everything.”

However, the Bolivarian National Armed Forces (FANB) has ratified, from the beginning, its loyalty to the Venezuelan leader, Nicolás Maduro , and respect for the precepts of the Magna Carta. In this regard, the defense minister of Venezuela, Vladimir Padrino López, described last week as a “gross error” calling his colleagues in arms to “break into legality, against the Constitution.” “That is an act of stupidity” and “political infantilism,” he said.

On February 10, the opposition deputy Juan Guaidó, who proclaimed himself interim president of Venezuela, urged the Venezuelan military to allow the entry of cargoes of alleged aid.

The situation in Venezuela is in suspense. On Saturday, the deadline given by the Venezuelan opposition for the shipments of food and medicines donated by the US to the Bolivarian country expires and other countries. This is despite the fact that, from the beginning, the Government of Caracas has refused to receive such aid for camouflaging a military intervention in the Bolivarian country.