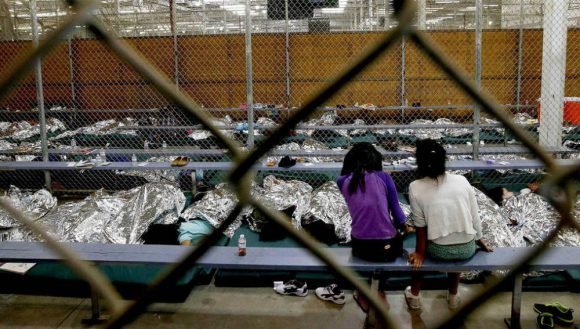 US border authorities expel migrant children from other countries to Mexico, challenging the limits of immigration and child welfare laws, The New York Times reported today .

The newspaper reported that these expulsions, which also violate a diplomatic agreement with the Latin American nation, take place under an aggressive policy of border closure adopted by the Donald Trump government under the argument of preventing the spread of the SARS-CoV-2 coronavirus.

The measure, which is revealed in a highly critical internal email from a senior Border Patrol official, “conflicts with the terms in which the Mexican government agreed to help implement the order.”

As agreed, only Mexican children and other minors who were supervised by an adult could be returned to Mexico after trying to cross the border, the newspaper noted about the terms of the pact.

But the decision to send the minors to Mexico endangers children from countries like Guatemala, Honduras and El Salvador, as they are sent to a nation where they have no family connections, and without an adult to accompany them.

Most of the minors appear to have been, at least in principle, in the care of Mexico’s child protection authorities, which oversee shelters run by religious organizations and other private groups.

According to the Times , the expulsions, which appear to be more than 200 in the past eight months, reflect the haphazard nature with which many of the most aggressive immigration policies of the current US administration have been introduced .

In many cases, they have resulted in young children moving between government agencies in the United States and, now, between the governments of countries that are foreign to them. For years, the Trump administration’s handling of migrant children has left family members separated for months and unable to communicate, the outlet recalled.

The publication noted that it obtained an email from the Deputy Chief of the US Border Patrol, Eduardo Sanchez, in which it is clear that the aforementioned transfers of children are a clear violation of US policy.

We have recently identified several suspicious cases in which single minors from countries other than Mexico have been expelled through ports of entry, instead of being referred to Air Operations of the Immigration and Customs Control Service for removal flights, he wrote. Sanchez.

“Please note that if not corrected these actions will seriously jeopardize Title 42 operations and must cease immediately. We reiterate that under no circumstances should a single minor be purposely expelled from a country other than Mexico, “he added in the mail.