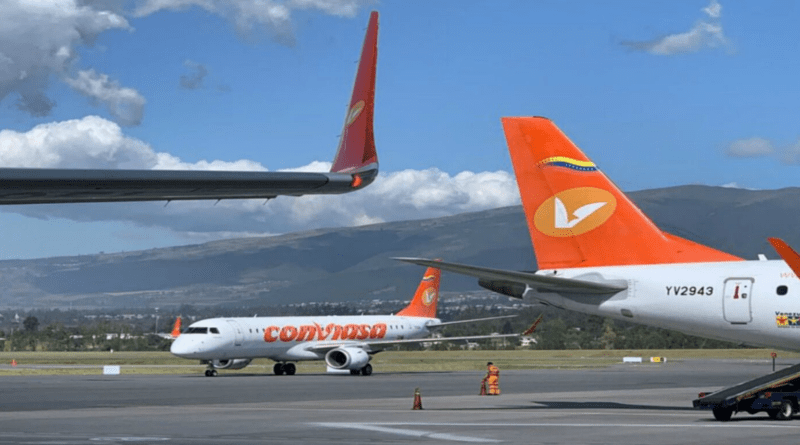 Venezuelan vice president of communication, Jorge Rodríguez, reported that the United States embassy in Colombia has issued a license for US citizens living in Venezuela to return to their country, on a Conviasa flight that will go to the city of Toluca (Mexico). Likewise, the US government gave permission for Venezuelan people who are in the United States to travel to Toluca to be brought to Venezuela in Conviasa planes, Rodríguez reported.

Earlier, the Ministry of the Popular for Foreign Relations of Venezuela reported on its Twitter account that the Venezuelan government “will enable a humanitarian flight through the state airline Conviasa” aimed at US citizens who are in Venezuela “and wish to return to their Homeland, in the midst of the global contingency generated by the Covid-19 pandemic.”

It is specified that air transportation, free of charge, is offered from Caracas to Toluca (Mexico) and is scheduled for next Thursday, April 9, at 9:00 in the morning; so that from there they can manage their connection to the United States, whose government denied the authorization for Conviasa planes to land in its territory.

“If you (a US citizen) are interested in accessing this offer, please write to dvman.social.venezuela@mppre.gob.ve , sending names and surnames, passport number, date of birth and contact telephone number, before April 8, 2020, at 1:00 pm,” the Venezuelan Foreign Ministry detailed.

The Venezuelan government has requested humanitarian license authorization to send Conviasa planes to the United States and repatriate the nationals stranded in that country. Because permits have not been issued, this initiative to bring Americans who need to return to their home country to a near destination emerged.

President Maduro recently ratified his willingness to repatriate Venezuelans stranded in the United States, the country that leads the contagion figures for Covid-19, urging the charge d’affaires for the US Office in Venezuela in Bogota, James Story, to process a humanitarian license that allows Venezuelan aircraft to enter US territory.

“We have a list of more than a thousand Venezuelans who want to come back, along with those from Mexico and the Dominican Republic,” said President Maduro, referring to the two humanitarian repatriation flights carried out last month by the Venezuelan airline, affected by an unilateral and illegal coercive measure imposed by the Donald Trump administration.