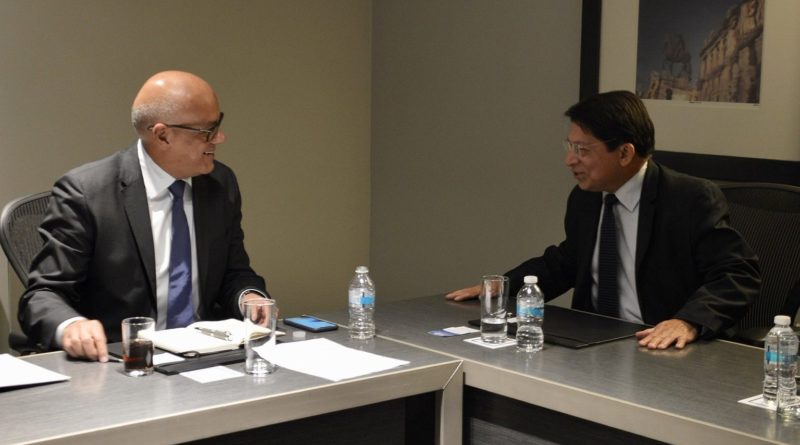 The sector vice president for Communication, Culture and Tourism, Jorge Rodríguez, held a meeting with the Minister of Foreign Affairs of Nicaragua, Denis Moncada, in order to review bilateral agreements as part of the activities prior to the summit of the Community of Latin American States and Caribeños (Celac), which will take place in Mexico this Wednesday.

The information was released by the Venezuelan Foreign Ministry through its Twitter social network account, accompanied by images alluding to the meeting.

This Wednesday, a new Celac summit will be held in Mexico in which that country will assume the pro tempore presidency of the regional organization, which until today was held by the Plurinational State of Bolivia.

The activity will be held in Mexico City and the delegations will be received by the Minister of Foreign Affairs, Marcelo Ebrard Casaubon.

It is expected that in the afternoon, the Foreign Ministers of the Celac member states will hold a plenary session in the Ibero-American Hall of the Secretariat of Public Education (SEP), and then move to the National Palace, where after the official installation of the Pro Tempore Presidency, the minutes and the agenda of the regional organization will be presented, the Venezuelan News Agency (AVN) reports.

The Celac was constituted at the Summit of the Latin America and the Caribbean Unit in Playa del Carmen, Mexico, on February 23, 2010, and put into operation since December 3, 2011 at the Foundational Summit of Caracas.