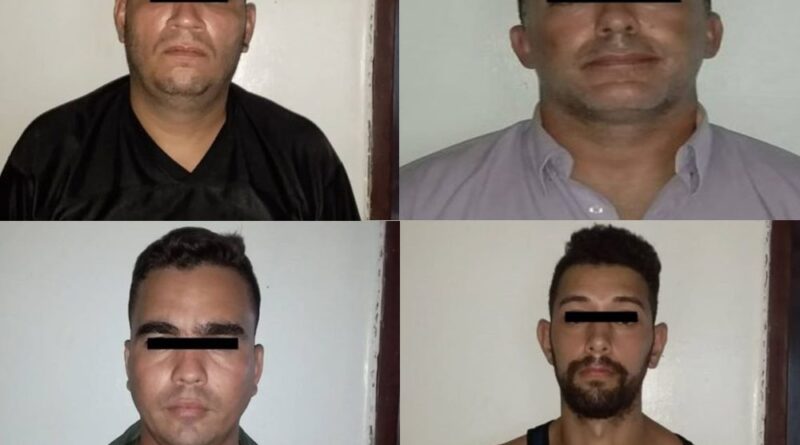 Ex-marine Matthew John Heath, who served in Iraq, was arrested in possession of grenade launchers, satellite phones, and C4 explosives on Thursday.

Mérida, September 14, 2020 (venezuelanalysis.com) – Venezuelan authorities have charged a US citizen with terrorism after he was arrested on a “stakeout” near the country’s largest oil refinery complex.

According to the police investigation, Matthew John Heath is a former US marine who served as a communications operator in a “secret CIA base” in Iraq between 2006 and 2016, where he was hired by Virginia-based private security contractor MVM. MVM services include offering “secret agents […] primarily to the US government.”

Heath was detained by the Bolivarian National Guard (GNB) on Thursday afternoon in Falcon State alongside three Venezuelans, including a GNB sergeant major and an army soldier.

The four men were reportedly collating information about the nearby Amuay and Cardon refineries, and were caught in possession of “specialised weapons,” including an AT4 84mm grenade launcher, an UZI 9mm submachine gun, four blocks of C4 explosives, large amounts of US dollars, and a satellite phone, which Heath has reportedly refused to unblock. The former marine was allegedly arrested without a passport, but in possession of photos of the refineries and Venezuelan military installations, as well as a badge which “connects him to the CIA.”

During a press conference Monday, Venezuela’s Attorney General Tareck William Saab told reporters that Heath formed part of a “US intelligence operation” which sought to “collect strategic information regarding military, electrical and oil-based installations” in order to “infiltrate US intelligence agents” from Colombia and carry out “acts of sabotage.”

The four detainees, as well as four more Venezuelans who were subsequently arrested in Maracaibo City in connection to the operation, are to be charged with terrorism, illegal arms trafficking and criminal association.

Following the bust, President Nicolas Maduro urged oil workers to “tighten external and internal security” at the refineries to counter the “US imperialist war of vengeance which looks to stop Venezuela from producing oil derivatives.”

US agencies have not commented on the arrests so far.

Thursday’s bust comes only weeks after a Venezuelan court sentenced two former US green berets to 20 years in prison for leading a failed mercenary incursion in May. According to televised confessions from the former soldiers, ‘Operation Gedeon’ looked to kidnap Maduro and trigger a coup. US private security firm Silvercorp was hired by the Juan Guaido-led opposition to carry out the operation.

The Amuay and Cardon refineries form the world’s second largest refining complex, with a joint capacity to produce 955,000 barrels of gasoline a day, but are currently working at 10 percent capacity. With the country facing an increasingly severe nationwide fuel shortage, the government announced efforts to reactivate the refineries in June. However, production has been repeatedly halted by technical failures and queues at the gas stations have worsened since.

Venezuela’s oil output has fallen from 1.9 million barrels per day (bpd) in 2017 to 339,000 bpd in August under the weight of punishing US sanctions. In recent years, the industry also has been beset by a range of problems, including corruption, mismanagement, underinvestment and brain drain.

Apart from denouncing the US blockade, Maduro’s government has frequently pointed to acts of “sabotage” against the industry as evidence of US meddling, including the 2012 fire at the Amuay refinery which killed 55 people. US officials have also publicly admitted to targeting the country’s oil industry as part of Washington’s efforts to oust the Maduro government.

Featured image: Four men were arrested close to the Paraguaná Refining Complex in Falcon State on Thursday, including a US citizen accused by authorities of being a “spy.” (La Voz de Falcon)