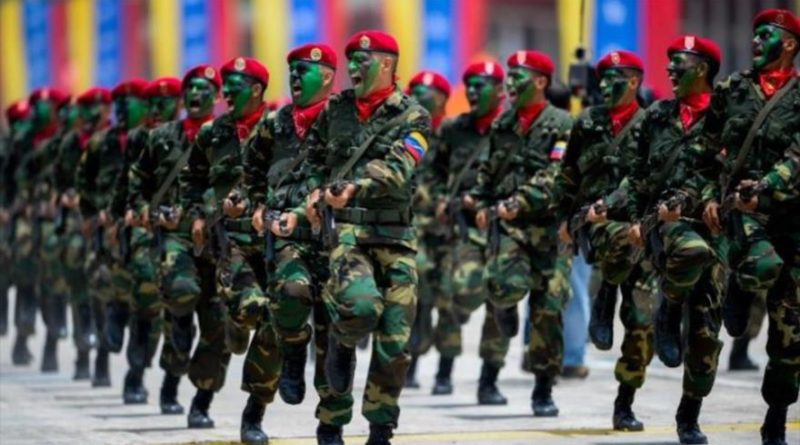 Venezuela deploys 25,000 soldiers in the framework of a military operation to capture those involved in the US led mercenary incursion that was trying to violate the sovereignty of the country.

“Today we begin this great deployment of search and scrutiny of all those groups that seek to alter the internal order, ” the head of the Strategic Operational Command of the Venezuelan Armed Forces (Ceofanb), Remigio Ceballos, announced on Monday.

The deployment is carried out within the framework of the second phase of the 2020 Bolivarian Shield military exercises and one day after the Bolivarian National Armed Force (FANB) has frustrated a maritime incursion carried out by a group of “terrorist mercenaries” from Colombia that tried to enter with two boats along the coast of La Guaira, the maritime zone closest to Caracas (capital of Venezuela).

According to Ceballos, all the components of the FANB participate in this military operation, which, in turn, takes part in a series of permanent exercises ordered weeks ago by the Venezuelan president, Nicolás Maduro.

The military maneuver aims to “guarantee that every centimeter of our land is free of mercenaries, paramilitaries and any other threat,” the Venezuelan military official told the press.

RELATED CONTENT: Bolivarian Armed Force (FANB) Declares Itself in Rebellion Against US Imperialism and in Permanent Vigilance in Defense of Sovereignty – Military Drills Strengthened (Communique)

This same day the Venezuelan president has denounced that the recent incursion against his country was organized from Colombia and the United States and sought to carry out attacks against political leaders and assassinate President Maduro.

The new adventure of the USA and Colombia against Venezuela occurred almost a year after the coup attempt led by opposition leader Juan Guaidó and his allies in Caracas, with full backing from Washington.

It is not the first failed incursion by Washington and its puppets to orchestrate a coup against the legitimate government of Venezuela, since the Bolivarian republic has already foiled multiple plans and conspiracies to overthrow Maduro, thanks to the loyalty of the people and military in perfect unity.

In the last year, the United States government has exerted diplomatic pressures and applied economic sanctions against the South American nation, and has even threatened it with a coup d’état and the use of the military option to remove Maduro from power, who represents an obstacle in Washington’s interventionist plans in the region.