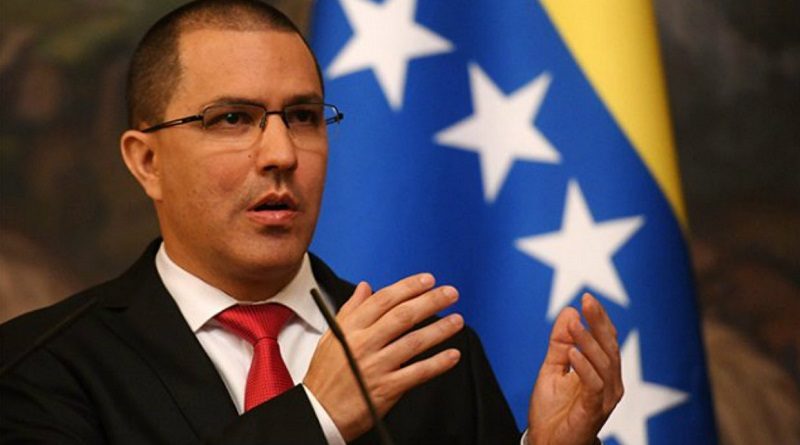 The Minister Foreign Affairs of the Bolivarian Republic of Venezuela, Jorge Arreaza, through his Twitter account @jaarreaza, denounced to the United Nations (UN) the negative impact that US sanctions have on Venezuelan financial routes jeopardizing the commitments of the Venezuelan State.

In recent weeks reports point to a maneuver within the UN headquarters in New York, by the US government and with the help right wing Venezuelans like former Ambassador Diego Arria, to lift the UN recognition of the legitimate government of Venezuela, the one lead by Nicolas Maduro.

The Foreign Minister also said that a few months ago a complaint was raised to the UN Secretary General, António Guterres, on the closure of the Venezuelan financial flow which becomes a violation of international law.

For this reason, the minister stressed that in the face of the restrictions promoted by the US administration, the UN must guarantee the vote of Venezuela. “The Venezuelan vote must be guaranteed by the United Nations,” he tweeted.