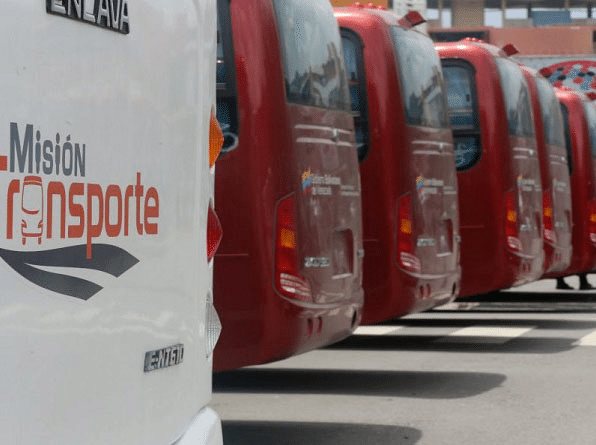 Venezuelan Minister for Transportation, Hipólito Abreu, reported on the creation of a vehicle prototype manufactured in Venezuela by the qualified workers of the Great Transportation Mission.

The work is being carried out by workers from the University of Transportation, the National Urban Transportation Fund Foundation (FONTUR), among others, in order to design a prototype with imported components but with the ability to reorganize and reengineer.

The said vehicle is “designed with technology that we can handle, and based on which we will begin a much more complete scaling of knowledge and technological appropriation,” he explained to the state television station VTV.

He indicated that the vehicle is synchronous with very simple engine and suspension, which can be used as means of transport in rural areas and trunk roads and through which the relevant authorities expect to improve transport services to working class routes.

The Minister pointed out that starting from the manufacture of this vehicle, knowledge can be scaled up to make vehicle systems with more complex prototypes, of other dimensions and characteristics, like cargo, passenger, private or public transport, but more than 80% of the components used must be manufactured in the country.

This guarantee will provide the ability to replace parts of the vehicles by components of national fabrication in case the same cannot be imported from abroad.

Minister Abreu explained the possibility of holding an Expo Transport 2021, when biosecurity conditions resulting from the COVID-19 pandemic allow it.

“We want to present what the National Government as well as the private sector are doing,” he emphasized.

He stressed that evaluation of the productive chain has shown that there are more than 1,500 companies from different sectors willing to bet on Venezuela Power.

He clarified that this is a unique opportunity for the endogenous development of the country and to attend to new projects in future.

The head of the Transportation portfolio stated that it is planned for next year to put in place the electronic ticketing system for surface transportation, which is a pressing requirement due to the scarcity of cash affecting millions of Venezuelans.

“The idea is that different payment mechanisms may be used by passengers, such as the Patria System, Biopago, an approximation card,” he explained.

He reported that it has been possible to design the recovery of the fare payment system of the Caracas Metro through national engineering, the team from the Ministry of Transportation and the State Railways Institute.

In the field of air transport system, the first aircraft prototype completely made in Venezuela—”SIBO 100″—was manufactured.

In the railways sector, a repowering of trains was proposed in a first stage together with the proposal to produce a train in Venezuela. In this regard, through national engineering there are 19 operating trains out of 24, and 2 are under maintenance at this time.

In addition to building a much larger cargo ship, the first naval project aims to design a vessel of 4,500 tons and 127 meters, with naval aluminum produced in the country.

In the Caracas Metro underground transport system, the transnational railway corporations consolidated their attack together with the US blockade. “They denied us technical advice, which is of historical nature, they refused to provide spare parts in areas of electromechanics, electronic pneumatics and telematics. Faced with this situation, the workers of the country have achieved very important things,” he revealed.

He indicated that in June 2018, only 14 trains were operating in the Caracas Metro as a result of the blockade. “Today we have 52 operating trains, most of them repaired or renovated with spare parts manufactured in the country through alliances with private companies and others within our workshops,” he said.

He specified that today the Comprehensive Surface Transportation System (SITSSA) has 300 operating units.

In addition, the Yutong Venezuela Bus Plant has experienced a significant increase in operation, reaching 75% of production capacity.

This year, more than 800 units of the Trans system have been recovered and repowered through the Yutong plant, with locally manufactured spare parts obtained through alliances with private sectors.