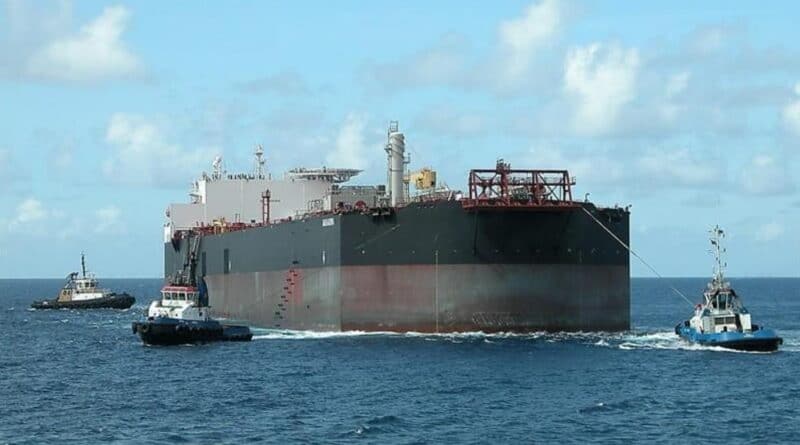 The Nabarima floating facility has been inoperative since January 2019 and is at risk of an oil spill.

Environmentalists have warned of the danger of an oil spill at the Nabarima, a PDVSA floating storage and offloading facility (FSO) due to lack of maintenance. An accident would threaten the Gulf of Paria, located between eastern Venezuela and Trinidad and Tobago.

A PDVSA oil tanker was reported approaching the floating facility on Tuesday. Venezuela’s National Institute of Aquatic Spaces has certified the optimal conditions of the Nabarima and the crew is currently replacing the vessel’s valves to perform a ship-to-ship transfer of the cargo.

The Nabarima is owned by Petrosucre, a joint venture between PDVSA, which holds a 74 percent stake, and Italian company Eni holding the remaining 26%. The facility has been idle since early 2019.

Almost 1.3 million barrels of crude stored at the FSO remain stuck in the vessel which has been left without a proper operating crew.

Venezuela’s flagship industry has seen an increase in accidents and spills as it suffers from brain drain, lack of maintenance, underinvestment and punishing US sanctions.

The US Treasury Department has levied financial sanctions and an oil embargo against PDVSA, before imposing secondary sanctions and targeting shipping companies. Washington has also sought to generate fuel shortagesin the Caribbean country by threatening companies that exported fuel or did swap deals with PDVSA.

The country’s gasoline production suffered a setback with reports that the fluid catalytic cracking unit (FCC) at the Cardon refinery was halted over the weekend.

Union leader Ivan Freites declared that an electrical storm affected a naphtha reformer and that PDVSA is trying to put it back in service. The 310,000 barrels per day (bpd) Cardon refinery was recently reactivated with Iranian assistance and was producing 25,000 bpd before operations were halted.

The 146,000 bpd capacity El Palito refinery, likewise restarted in recent months with support from Iran, stopped production at the beginning of the month.