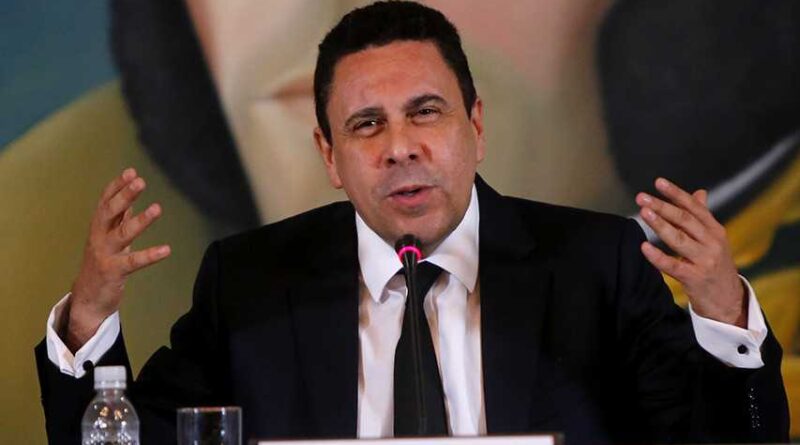 The Bolivarian Republic of Venezuela’s ambassador to the United Nations (UN), Samuel Moncada, intervened this Wednesday in the session of the Security Council to denounce the economic aggression of the United States against twenty-nine countries of the world, through their misnamed “sanctions,” and proposed the formation of an International Alliance to stop the crimes against humanity perpetuated by the US in violation of human rights and the UN Charter.

“The US pretension to impose its national legislation as if they were universal laws, through economic and military coercion, is a danger to the entire system of international relations,” said the high diplomatic representative at the UN, through the publication of several videos in his virtual participation in the session.

Through his Twitter account, @SMoncada_VEN , he reported that Venezuela supports the creation of this “International Association against Unilateral Coercive Measures,” as an operational platform that will combat the illegal sanctions that the US has imposed against a third of humanity.

“Today we denounce in the UN Security Council, Trump’s economic aggression against twenty-nine countries—including Venezuela—representing a third of humanity, attacked in the middle of the COVID-19 pandemic,” stated the Venezuelan ambassador.

He stressed that these illegal measures amount to a systematic and deliberate attack against entire populations, and against the right to self-determination of peoples, “by a permanent member of the Security Council.”

“We face the unusual situation in which a Member State with a special responsibility to comply with international law, perpetrates crimes against humanity and forces other States to assist it in committing the crime,” he reproached.

The immoral economic persecution through criminal means is aggravated by the use of military threats, which increase obstacles in the struggle of countries to combat the coronavirus pandemic. In this sense, he denounced the so-called “humanitarian exceptions” to these coercive measures, which the US says it applies to help the affected peoples, as a cruel and utter mockery.