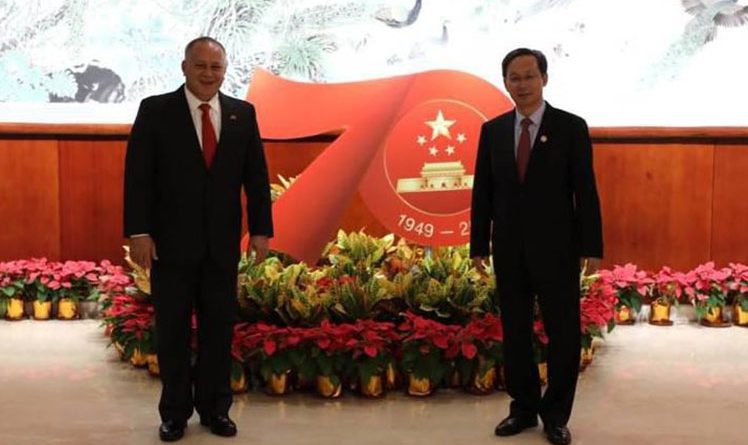 Venezuela promotes alliances with China so that the political cadres of the Bolivarian nation, who will assume management positions, attend training in the Asian nation, said the president of the National Constituent Assembly, Diosdado Cabello.

The president of the Plenipotentiary Power confirmed that the Venezuelan delegation is in China to “strengthen ties and to contribute to Venezuela having an alternative model.”

For his part, Xie Chuntao explained that party formation programs have to follow the guideline of Xi Jinping’s thinking about socialism with Chinese characteristics for the new era.

RELATED CONTENT: “They can not Even Form a Government in Spain But They Demand Elections Here”: Diosdado Cabello Answer to Josep Borrell

Both sides talked about the beneficial exchange of experiences between Venezuela and China regarding the construction of socialism.

The Chinese official also expressed the will to continue promoting the exchange with the Bolivarian Republic of Venezuela and to generate new spaces for cooperation, says the ANC in a press release.