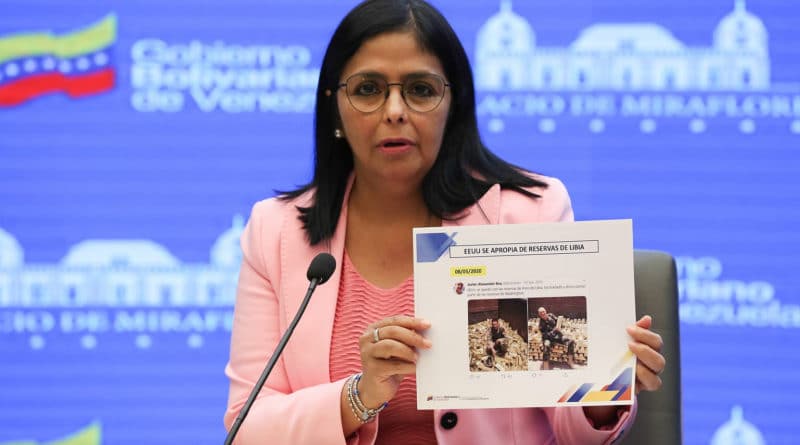 The vice president of Venezuela, Delcy Rodríguez, denounced the opposition deputy Juan Guaidó and his alleged attorney, José Ignacio Hernández, for acting in collusion with the Bank of England to prevent 31 tons of gold owned by the Venezuelan State, which are “protected” in said bank, from being returned to the Venezuelan authorities. In addition, the Bank of England ignored Venezuela’s instructions to deliver the corresponding resources to the United Nations Development Program (UNDP), to address the humanitarian situation due to the Covid-19 pandemic, so they will proceed to sue them before the International Criminal Court.

“They decided to make a plot to keep Venezuela’s gold, the nation’s public heritage,” emphasized the vice president, at a press conference.

She recalled that last year, Guaidó, self-proclaimed interim president of Venezuela, asked the then Prime Minister of the United Kingdom, Theresa May, and the current Prime Minister, Boris Johnson, to retain those Venezuelan gold reserves.

Faced with the refusal of the Bank of England to make the return, Caracas filed a lawsuit on May 14 in English courts, since “there is a violation of public international law,” said the vice president.

She indicated that the Bank of England disregarded the orders that its client, the Central Bank of Venezuela, is giving, where it asks the resources of Venezuela be delivered in monetary expression, which are estimated to amount to one billion dollars, to be delivered to the Program of United Nations for Development (UNDP), to address the humanitarian situation caused by the Covid-19 pandemic. 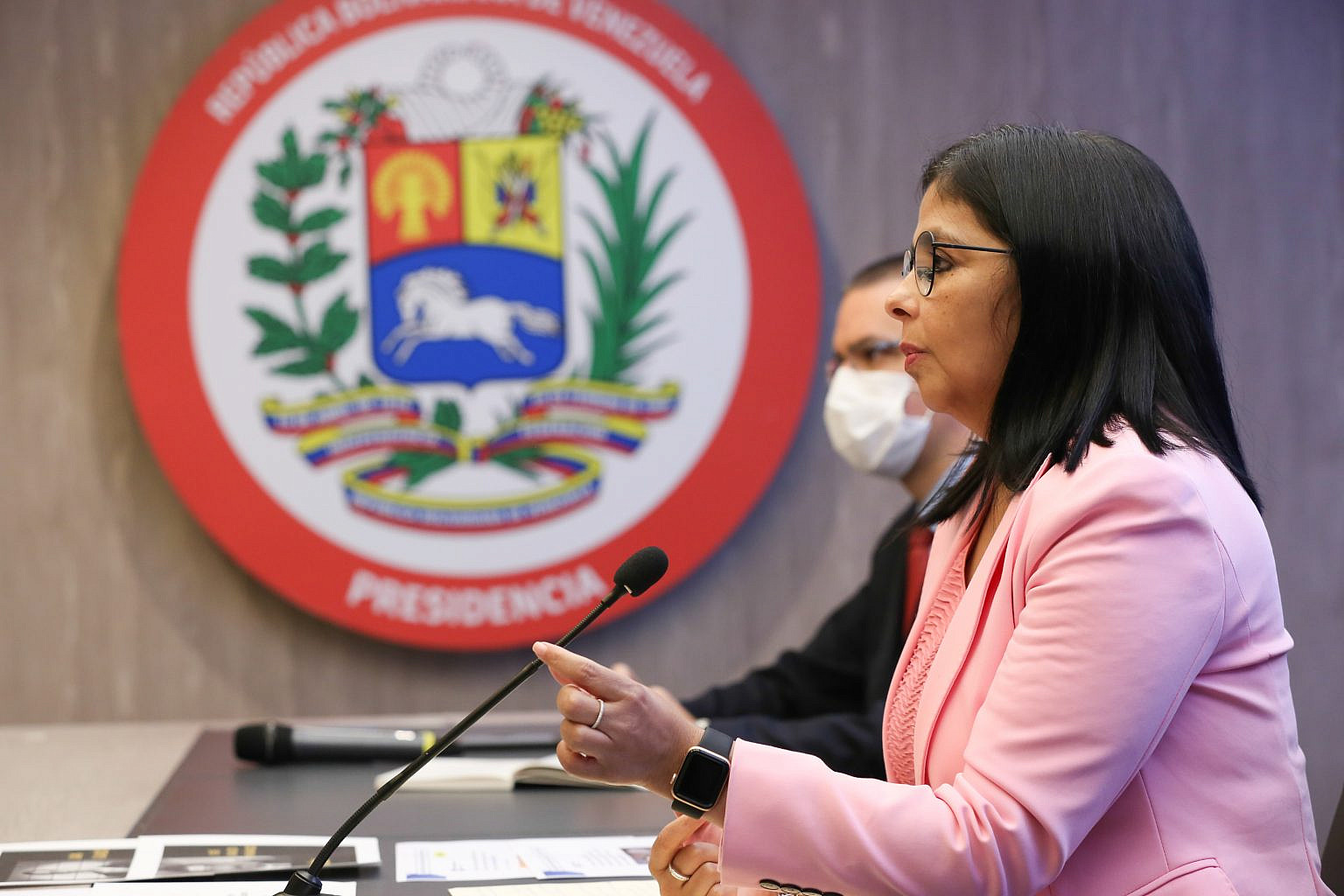 However, no agreement has been reached, due to the refusal of the English entity to access this alternative, and therefore the lawsuit was filed. Faced with this situation, Rodríguez alerted other countries that have reserves in the Bank of England: “At any time this bank might override you as a client to keep your gold.”

Rodriguez noted that the Bank of England can only act as custodian and depositary at the request of its clients, and cannot interpret the laws at will.

“A hearing will be held this Thursday (May 28, 2020) in the English courts, we hope that the laws of the international financial markets will be respected”, because “every time they delay the trial, they will be responsible for the death of the people by the Covid-19 in Venezuela,” emphasized the official, explaining that the South American country has insisted on the return of reserves to face the pandemic.

The vice president also announced that President Nicolás Maduro asked to take the Bank of England to the International Criminal Court (ICC) and to those who, from that institution, acted to achieve the dispossession of Venezuelan gold, for committing “crimes of extermination” and “against humanity” typified in the Rome Statute, this through a plot involving Guaidó and José Ignacio Hernández, and which is affecting the country “in the midst of the worst pandemic humanity has experienced.”

She noted that, every day and every hour that the court decision is delayed, they are responsible for any Covid-19 related death or infection in Venezuela.

In addition to the retention of this gold in England, on May 7, President Maduro reported that Venezuela has more than 30,000 million dollars frozen in foreign banks, due to the US blockade.