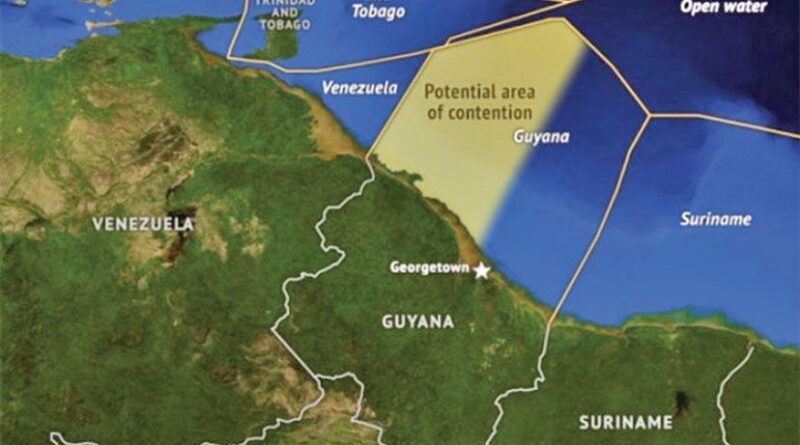 Upon the successful installation of the new National Assembly of the Bolivarian Republic of Venezuela for the period 2021-2026, five permanent work commissions and three special commissions were appointed. Among the latter there is one that highlights the importance of the matter for the Venezuelan government: Special Commission for the Defense of Guayana Esequiba. It is presided over by the prominent constitutional lawyer and deputy Hermann Escarrá.

According to the declaration of deputy Diosdado Cabello, the Commission will be in charge of the controversy over the Essequibo territory for the defense of the interests of Venezuela. In a session of the AN Cabello stressed that “the commission will dialogue and collaborate with the Presidential Commission that deals with the Defense of the Territory of Guayana Esequiba and Territorial Sovereignty, which will immediately engage in coordination with all the public powers of the State and promote the broadest and most plural calls to all national sectors. ”In other words, this is a matter of national sovereignty that requires a firm pulse and unity.

The controversy between Venezuela and Guyana is over a territory of 160 thousand square kilometers of extension that extends west of the Essequibo river. The zone always appears on maps of Venezuela as an extension of the Bolivar State marked as a Reclamation Zone that Guyana currently administers.

This controversy is not new. It dates back to 1899 when the British Empire manipulated a decision made in the absence of Venezuelan representation and assigned the territory to the British Guiana colony. Other disputes followed and thus it reached the 1966 Geneva Agreement signed between Venezuela and the United Kingdom. Its first article recognizes the contention by Venezuela to consider null and void the decision of the court that defined its border with British Guiana in 1899. Other negotiations continued after the independence of Guyana, always with the mutual purpose of using means of peaceful solutions mediated by the UN in the controversy.

When the UN efforts were exhausted in its attempt to mediate in the controversy, Guyana went unilaterally and without consultation to the International Court of Justice in 2018, but Venezuela objected, stating that the ICJ had no jurisdiction over the case.

Currently, tensions between Caracas and Georgetown are growing due to the interference of Washington that tries to protect the multinational Exxon Mobil in the oil exploitation in maritime areas that Venezuela protects. To achieve this end, former president Donald Trump intended “to create provocations, threats and aggressions against the Venezuelan people, against sovereignty and against territorial integrity,” according to Vice President Delcy Rodriguez.

To consolidate and defend the Venezuelan continental space, President Nicolas Maduro signed a decree to create the “Strategic Development Zone of the Atlantic Façade”. Guyana’s President Irfaan Ali refuses to acknowledge that the Atlantic Facade is Venezuelan territory under US instigation and agreements with Exxon Mobil.

The Bolivarian Republic of Venezuela remains firm in opening peaceful negotiations on the territorial dispute based on the 1966 Geneva Agreement and not by forced decision of the ICJ that Venezuela does not recognize. To this end, President Nicolás Maduro addressed the Secretary General of the United Nations on January 7, and his government issued an official statement published on Twitter by Foreign Minister Jorge Arreaza. He confirmed that “Venezuela rejects the statements of the President of Guyana, Mr. Irfaan Alí, on matters of our internal jurisdiction. It is regrettable that the statements of [Guyana’s] highest official persist in the confrontation, seduced by the interests of Exxon Mobil. “

The importance of this territory claimed by Venezuela was marked in 2006 by Hugo Chavez when the eighth star was included in the Venezuelan flag to “remember the contribution of Guayana to the Venezuelan independence cause.”

The international community in solidarity with Bolivarian Venezuela recognizes the official position of the government of Nicolas Maduro in its defense of territorial integrity by all necessary means.

The firm position of the Minister of Defense of Venezuela, Vladimir Padrino, must also be recognized as appropriate: “We have exercised sovereignty in our jurisdictional waters that are part of the geographic space of Venezuela. The United States is a threat to peace.” The US Southern Command military has organized military exercises near the territorial waters of Venezuela and has traveled to Georgetown promoting the interests of his country. The Atlantic Façade is an area rich in oil resources.

It is regrettable that the former US president opted to leave a legacy of war in the region between neighboring countries before leaving office. But we should not be surprised. This is the same president who recently tried to incite a civil war and attempted a coup in his own country in order to stay in power.

Venezuela defends its rights with strict adherence to international law and dialogue but firmly: The Geneva Agreement is inalienable.