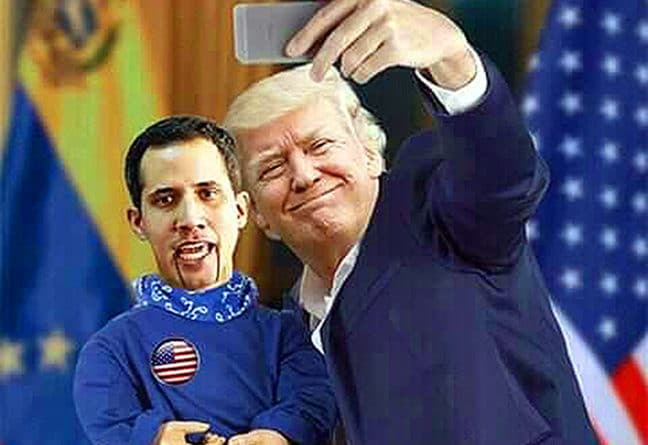 By 2007 they were looking bold, overflowing with what the previous generation lacked: energy and a willingness to use it up.

The truth is that they shocked people in Venezuela and made an impression in the media with their weird and hurried way of talking. An opposition used to monuments of boredom as main figures suddenly received some fresh air with the emergence of these guys, alienated with the styles of the snobby radio hosts of the moment.

Though it initially looked like an advantage, in the long run this caused an irreversible damage because all that generation was raised believing was that you just needed to talk fast, really, really fast, to enchant your public… perhaps they did it so that those on the receiving end could not really follow their messages. Therefore, those exceptional debates are history now in which young leaders such as Jon Goicoechea, Freddy Guevara, Ricardo Sanchez, and others, used to spit fire out through microphones without anyone understanding what exactly they were talking about, except “Get Out, Chavez.”

But they actually did have some logical sense about politics: while their political parents and step-fathers clung to local T.V. channels to “have a presence” and pretend they were doing proselytism and agitation, these guys seemed to be ready to go to the streets or be taken by the streets. They went out, made noise, some of them even dared to insult police officers so that they got slapped in their faces; they talked fast-fast-fast, they came up with some student chants and defended private media outlets. And then, surprising even their godfathers, candidates started to take advantage of their sudden prestige, they took the opportunity in a period of mistakes and hesitation inside Chavismo and won fascism’s first and only victory against Commander Hugo Chavez in a referendum to modify the Constitution in 2007.

Old and new parties rapidly jumped to try to attract them, individually or by groups. Due to their origin or perhaps out of wickedness, most of them joined up with the neoliberal sects of the moment. Primero Justicia (Justice First) was better than Accion Democratica or simply AD and its derivatives; it’s worth recalling that before being the nasty party they are today, AD initially came from the rank-and-file and its leadership seemed to be rather Marxist-Leninist. Snobs attracts snobs, so these kids from the wealthy eastern part of Caracas remained in their east.

They began to take off little by little, positioning themselves as the new generation to stand in for the business mafia. No wonder why their main cause was defending not a T.V. channel but the interests of its owners. Marcel Granier and 1BC Group saw in these loud-mouthed boys a possibility for renewal regardless of their evident intellectual mediocrity. The extreme right may boast that they count on Carlos Fuentes, Carlos Rangel and Vargas Llosa – next to these figures, Goicoechea’s screams hurt their ears – but some parts of the public not used to distinguish between a trickster and a lecturer cried out for joy every time these kids talked.

The machinery that manufactures cardboard leaders believed that these guys were not bad but lacked training, so they were caught to be turned into mass leaders. The United States has never learned that leadership in subjugated countries cannot be artificial creatures, lab creations, but people growing, fighting, falling and getting up together with their own people.

The real Latin American, African, and Asian leaders are people who made their geographic and social surroundings their own laboratory. Life as a school: Hugo Chavez in the Venezuelan plains; Ho Chi Minh in Vietnam’s rice fields; Nelson Mandela in a faraway South African suburb before going to jail; Nicaragua’s Augusto Sandino, Mexico’s Pancho Villa, El Salvador’s Farabundo Marti in their rainforests and deserts.

One was luckier than the others: Goicoechea, who seemed to be better qualified than the rest and he was honored with a prize given by old neoliberal fossils to one of their brats; the Milton Friedman Award, that came with $500,000. People said: “Damn! That guy is going to invest that money in his own training to become a great businessman.” People who had not noticed that awards are double-edged weapons: when they go to irresponsible people, early megalomaniac, millionaire prizes do not encourage or compromise; they just act as time bombs that eats away at them, corrupts them, and destroys them with the poison of vanity. And so there is Goicoechea now playing second fiddle.

The rest of the fiddlers didn’t get much more than an eventual pat on their back on behalf of a U.S. official and half dozen Twitter followers: Freddy Guevara was caught with ill-gotten money, which he was not able to effectively invest on his violent protestors and hired “liberators;” Stalin Gonzalez got it the worst, pushing himself to work for a social class that hates him because he is not white, because he’s poor and because his name will never be nice or acceptible; Miguel Pizarro and Juan Guaido have already fallen from grace or they are about to for the same reasons that sent Goicoechea down in flames –if you want to destroy a group of unprepared boys, without ethical shields and who do not know the history of their own country, give them a suitcase full of dollars and just wait for it to explode.

That 2007 generation, famous because many thought that it was possible to defeat the Chavista leadership through muscles and funding, is having an infamous death, a moral death that is hurting the opposition hypocrites. They had a complete decade to pull it off, and two more years of grace, to try to raise some leading figures. It was all spoiled through exploding dollar bombs: whenever it seemed like they were about ready to do something, they received more money and the slightest possibility was ruined. They got the money but they never could finish their most basic errands for their bosses: Man, if you can’t oust the Venezuelan Government don’t do it but at least cause so much destabilization that a foreign invasion looks necessary and inevitable. They could not even reach that in a country undergoing such terrible moments that any real leader could have mobilized the accumulated anger.

Guaido has been authorized to use the billionaire resources of CITGO (the U.S.-based refiner subsidiary of the Venezuelan state oil company PDVSA) —let’s not even mention the millions from Colombia-based fertilizer producer Monomeros etc. But this will go on until Donald Trump leaves the White House or until he decides to give him a reality check. Perhaps they will forgive his personal and group decomposition but they will not forgive his unheard of mediocrity and his amazing negligence. No other figure has received so much money and so much support on behalf of so many countries and corporations without even being able to achieve the feat of filling two blocks with demonstrators in favor or against anything.

Let’s wait and see where the neo liberal-fascism is going to find a new leadership for the next decade. Certainly not from the same talentless cesspool that brought us Goicoechea, Guevara or of course Guaido. 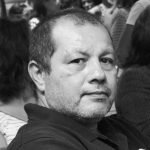 Jose Roberto Duque is a Venezuelan writer and journalist, political analyst. Since 1990 he has ventured into various facets of journalism and literature. He has been a chronicler, columnist and editor in newspapers and magazines (El Nacional, El Universal, Tal Qué, That is the News, Topics Venezuela, Épale Ccs, among others), in blogs and digital pages (Blood Traction, Mision Verdad). He was editor and information editor in several newspapers, on the Ávila TV and on the Venezuelan News Agency.

Jose Roberto Duque is a Venezuelan writer and journalist, political analyst. Since 1990 he has ventured into various facets of journalism and literature. He has been a chronicler, columnist and editor in newspapers and magazines (El Nacional, El Universal, Tal Qué, That is the News, Topics Venezuela, Épale Ccs, among others), in blogs and digital pages (Blood Traction, Mision Verdad). He was editor and information editor in several newspapers, on the Ávila TV and on the Venezuelan News Agency.