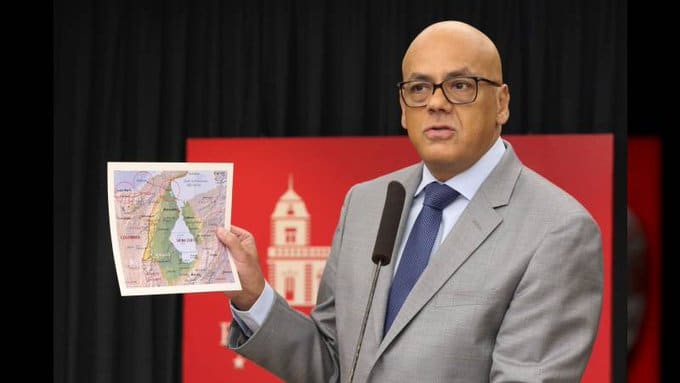 The sector vice president of Communication, Culture and Tourism, Jorge Rodríguez, reported Monday that the Venezuelan government will attend the United Nations Organization (UN), to denounce the plans organized in Colombia to generate a military intervention against Venezuela.

“We are going to go to the UN to show evidence, not fakes as Iván Duque and the Semana Magazine do … We are going to demonstrate everything permanently, with evidence,” he said from the Miraflores Palace.

Rodríguez denounced the Colombian government for preparing the ground for a military incursion into Venezuela.

“Colombia is preparing the ground for an incursion into Venezuela. They are so barbaric and so predictable that we already knew they were coming with false positives,” he said.

RELATED CONTENT: Anti-aircraft Defense System to be Deployed on the Colombian Border

On the other hand, Rodríguez denounced 42 occasions that have been discovered in which elements of Colombian intelligence have contacted Venezuelan military requesting the codes of the Sukhoi Su30Mk2 belonging to the Bolivarian Military Aviation and the national anti-aircraft defense system, in order for them to neutralize them and invade the country.

Rodríguez, also offered evidence about a publication of Semana de Colombia Magazine, in which, through forged documents, it tries to prove the existence of supposed links between the Venezuelan government and Colombian armed groups.

As proof of the falseness of these documents, he denounced one of them for saying the Sebin (Bolivarian Intelligence Service) is attached to the Ministry of Interior, Justice and Peace, when it is attached to the Vice Presidency of the Republic.

Likewise, it was noted that it presented a forged document from the Strategic Operational Commander, Remigio Ceballos, saying that it is an alleged order not to attack the [Colombian] guerrillas in the national territory, when the actual document was about the Great Food Supply Mission. “00687 is the document number forged by the magazine. Semana Magazine’s fake is very poorly manufactured!” Denounced Rodríguez.

In addition, he denounced the Colombian magazine for publishing alleged Venezuelan documents with seals and codes that do not correspond. “Semana Magazine publishes documents with seals and the original memo never had seals. They put them there.” He pointed out that, “if it were not so dangerous, it would be laughable. Not even a teenager builds a fake with so many holes.”

He reiterated that these smears created in Colombia “seek to generate” the conditions for an intervention. “Colombia is preparing the ground for an incursion into Venezuela. They are so barbaric and so predictable that we already knew that they were coming with false positives.”

Likewise, he indicated that “Venezuela is a permanent victim” of the actions of the Colombian government. “Venezuela has had to tolerate a fratricidal war, of millions of displaced people, of being neighbors of power elites who made Colombia the main cocaine producer in the world. Every time Uribe opens his mouth it is a fake and he starts to say barbarities,” he said.