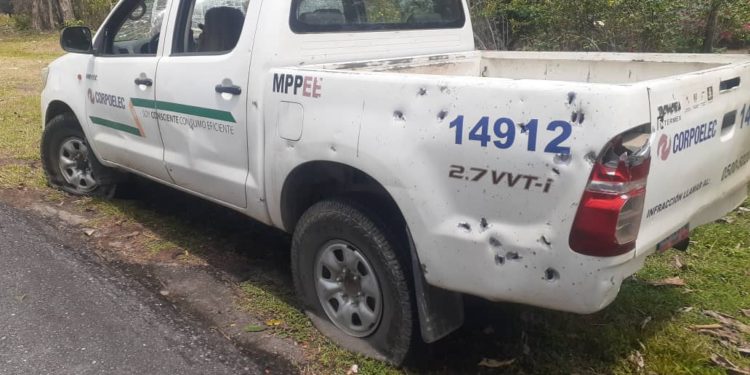 The Strategic Operational Commander of the Venezuelan Army (FANB) Admiral Remigio Ceballos reported through his Twitter account that on the night of Wednesday, March 24, “a group of Colombian criminals tried to attack a border post and several terrorists were neutralized.”

“We continue to give heavy blows to Colombian irregular criminal groups that flee to Colombia, and no one stops them. Last night they tried to attack a border post and several terrorists were neutralized. Search and Attack Operations Continue! We will win!” reads the message on the social media network.

Ceballos also said in a second tweet that the FANB is searching for Colombian armed paramilitary criminals to bring them to justice, and denounced the abandoned border on the Colombian side, through which these criminals cross into Colombia, protected by its government.

For his part, the Minister of Defense, Vladimir Padrino, said regarding the event, that Venezuela will not stop in the face of threats “from criminals, drug traffickers, or terrorists.”

“Ahead! We do not fear threats from criminals, drug traffickers or terrorists, we act,” read the message on his Twitter account, verbatim.

Yesterday, the Defense Minister said that “the Colombian State and its oligarchy are a society of accomplices that benefit from drug trafficking, financially and logistically supported by the CIA, the DEA and the Southern Command. They are mistaken if they intend to plan their war and install themselves in Venezuelan territory for their dark purposes. NO!”

Corpoelec team attacked
On the morning of Wednesday, March 24, the vehicle in which a Corpoelec team was traveling, which was heading towards the town of La Victoria, Apure state, to carry out work to restore electricity service, was hit with an explosive device.

According to the testimony of the worker Pedro Padilla, head of the Páez Municipality Service Center, the Corpoelec group was travelling to La Victoria with the intention of reestablishing power lines in that town, which has been without service since Tuesday, March 23, after the clashes in the area between Bolivarian National Armed Forces and unlawful armed groups from Colombia.

According to Padilla, they were hit by the bomb at the Las Angosturas checkpoint. The utility company’s vehicle was severely affected with holes in the bodywork, broken glass and destroyed tires. Padilla explained that fortunately all the workers were unharmed by the attack.