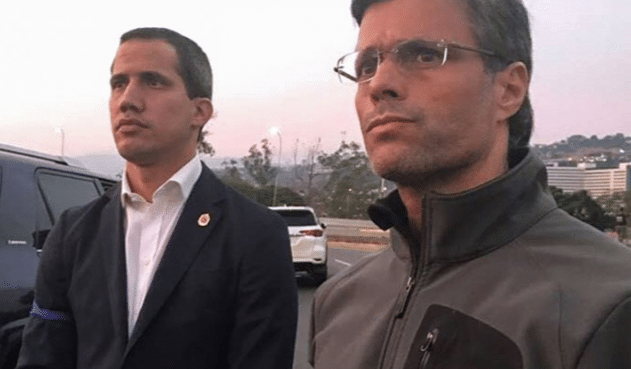 The Communist Party of Venezuela (PCV) denounces the total impunity and complicity of the staff of the Spanish embassy in the Bolivarian Republic of Venezuela, as well as the “incapacity” of State security bodies in charge of his custody, who allowed the “escape” of the leader of the extreme right-wing organization Popular Will (VP) Leopoldo López. The events that took place when López’s fled the Spanish diplomatic headquarters, where he was staying as a guest, allowing him to leave the country and evade Venezuelan justice which accuses him of having provoked episodes of urban terrorism known as guarimbas (in 2014) and the so-called “freedom operation” (in April 2019), through which he left Ramo Verde Prison for the Spanish embassy, ​​through an attempted coup, with the purpose of overthrowing by violence the government legitimately elected by the people -events that caused the death of numerous deaths innocent victims at the hands of terrorists and snipers, and losses of millions in public and private property.

Once again, through the international media and the voices of the right-wing opposition, the Venezuelan people learned of this fact that, in the face of the authorities’ silence, seems like an agreement with those already established in dialogues and negotiations carried out by the government with sectors of the Venezuelan right, with the Kingdom of Spain as a mediator.

In the name of the dignity of our people, and taking into account the pain and suffering of the Venezuelan families affected by the criminal violence unleashed by the fascist nuclei that perpetrated, under the orders of Leopoldo López, crimes against humanity, we demand from the Government headed by President Nicolás Maduro, to request through Interpol the recapture of this fugitive from Venezuelan justice, and to initiate procedures for his judicial extradition. Otherwise, the existence of complicity with this alleged escape that could not have been done without internal support, will be demonstrated. We also insist on and claim the participation of the Kingdom of Spain in this vile action, which aims to leave unpunished the crimes committed by this leader of the Venezuelan extreme right.

No to impunity and a pact with the bourgeoisie!

No to the dialogues of conciliation and impunity, which leave Leopoldo López free!

Featured image: Juan Guaido and Leopoldo Lopez during the failed April 2019 coup d’etat (280 injured and 5 deaths). Analysts say this photo captures the moment when they realized they were left out in the clear. File photo.